While Baker Bloch has landed his dog ship for a bathroom break, it seems like a good time to take a closer look. 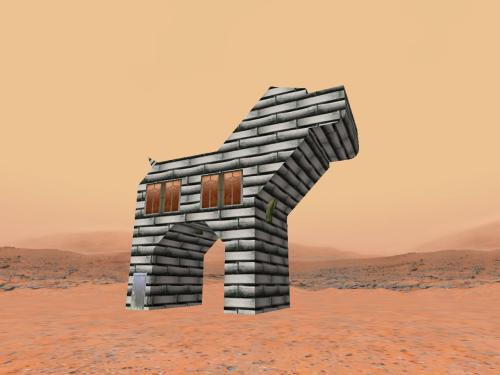 First off, you can notice what appears to be a small tail next to the big or normal tail of the dog, protruding from its body as well. This was sometimes called in the business the Dog Wagger, a sign of prestige actually. How well you crafted this second tail is a measure of how much you knew what you were doing. Now let’s go inside and see what this is all about. 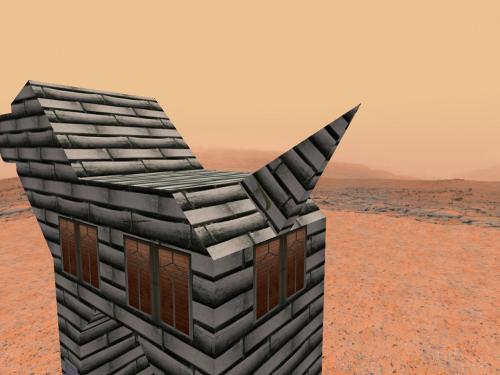 Baker Bloch’s dog ship is, in fact, an old traveling wrestlers’ show, the canine shape being a novelty attraction. Customers paid to view the match (which, as you can tell, frequently turned bloody) from two “sitting trees” positioned on opposite sides of the small, fenced-in ring. The Dog Wagger is actually the protusion of the longest limb of the rear tree through the ship’s hull.

The wrestlers, often the scum of the virtual universe understandably, stayed in this cramped space below the rink, only accessible through a door in the opposite leg of the dog from the main entrance.

The ship’s cockpit could be reached through this small bridge beside the ring, passing atop the wrestlers’ bunk beds. 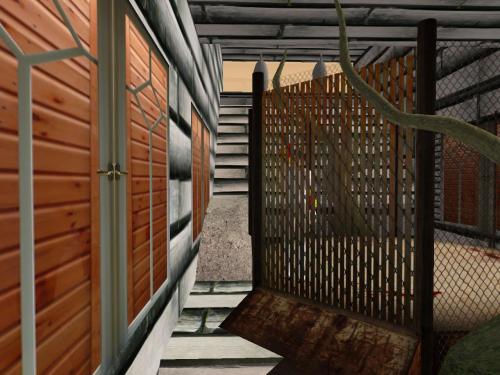 The ship’s pilots sat here in two egg shaped chairs. Well, I say pilots, but one was usually a lower grade simulant, linked to the flesh and blood pilot through a mind-body meld. Even in the beginning of the novelty act, one of the wrestlers themselves would often double as this pilot. In later days, this was always the case, and even the simulant might be dumped in favor of the 2nd wrestler. This usually made for one bumpy ride. The business rapidly deteriorated. Dog ships can only be found at salvage sales these days, which is where Wheeler probably picked it up for Baker Bloch to journey through the Martian landscape. 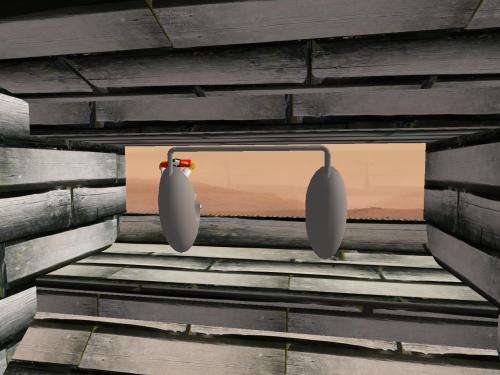 Using a bit of photo-trickery, Baker demonstrates how spectators would gather around the ring. Obviously some seats were worth more money than others. 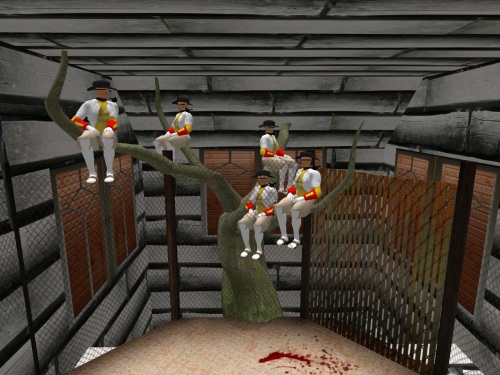 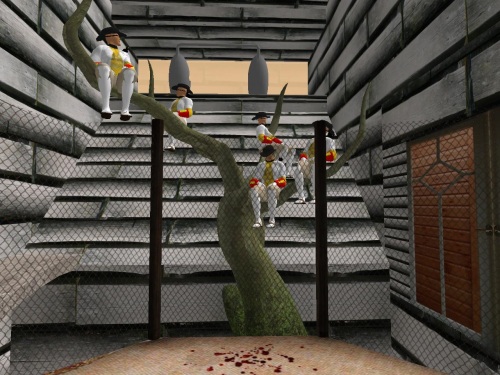 And that’s the story of the dog ship! I hope you enjoyed it. On with the current show…