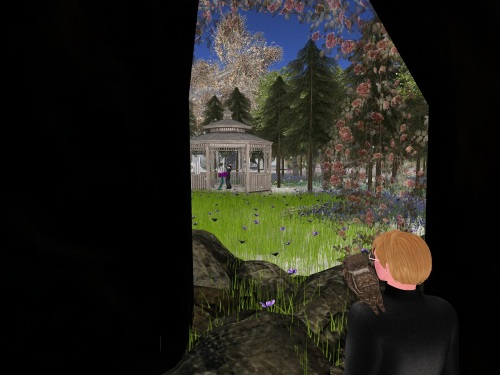 Upon reaching the cave’s upper mouth — leaving The Musician behind in its bowels again while she scouts for additional, useful poses — Wheeler spies Willard and Harriet Miller dancing up a storm in a nearby gazebo.

Then something extraordinary happens. The couple instantly cease their gyrating, then Harriet appears to fall asleep on the spot. Like she’s “away”, as we say in Second Lyfe speak. 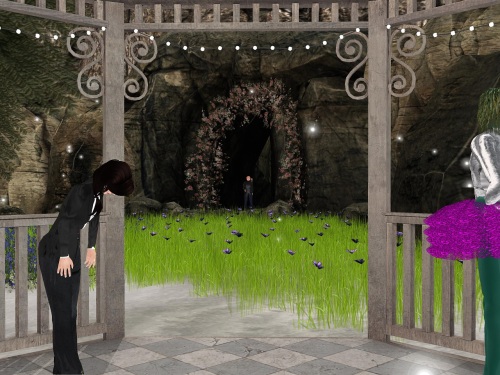 Another takes her place. Jimmy. The *bastard*, Wheeler thinks. He’s asleep too, for a moment, then springs awake.

“You can go now,” Wheeler can hear him say faintly from her position. He’s apparently speaking to Willard Miller, for just after this the husband of Harriet Miller vanishes — poofs out of existence.

“It’s time to come out of the closet, er cave,” he then calls in the direction of Wheeler. “It’s time for you guys to remember who you are. The upper 2/3rds of the infamous punk band Story Room, with me completing the trilogy.

Jimmy approaches the cave mouth, still quite red but now much taller. And also a woman.

One response to “Revealing”