Fisher soon gets a part time job DJ-ing at the local Elephant Club to help support his religious, artistic, and recreational causes, but usually only one dancer showed up: perpetually bopp’n and popp’n Annie, always attracted to a New Island beat and often freshly landed from the latest High Castle abduction. 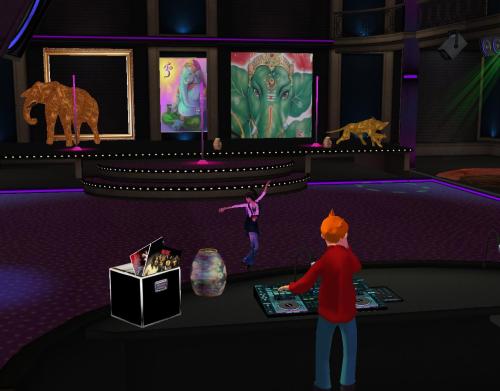 Still — alternating between Roger Pine Ridge’s hit single “Time” and its flip side of “Beach” tonight upon her request — he imagines the tips piling up. 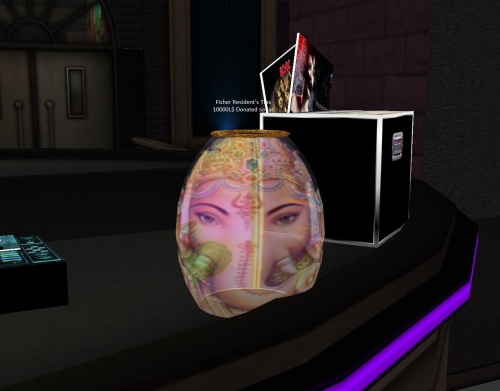 Just for the, um, record, the father of Corsican gal Laverne Glam owns both this club (named for the trademark shape of his home continent) and neighboring Bumpy’s Ice Cream Village his daughter works at. Hopefully we’ll be able to fit in more of their interesting New Island story soon. 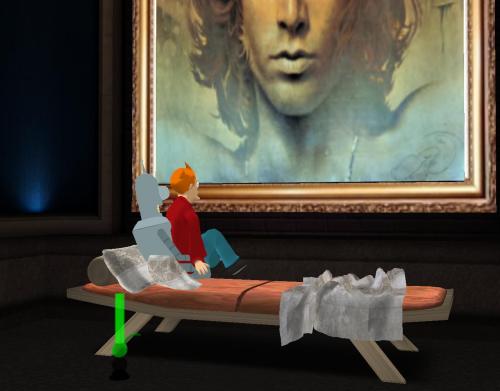 “I remember the first time we met. That chess shack back in VHC City.”

“It was an ice fishing shack that just happened to have a chess set laid out inside,” Fisher corrected. “And it was the *last* time we met.”