“So you see, Chloe. It’s all about the interior to that game. This game within a game you are on about. The Basin. We must get beyond Dead Lake — both of them — and enter the place of the burning dog.” 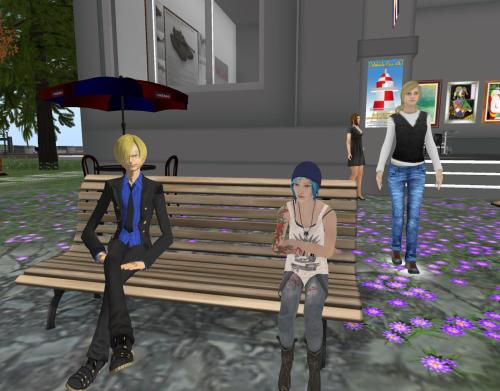 “I don’t like that idea,” returned a worried, slumped over, arm crossed Chloe. “I just want to stay in the trailer park, shoot up some people, and then *leave*. I don’t want to find this door into a hidden place. Just leave me out of it.”

Sandy breathes out. “Okay, okay. I’ll try the other Chloe, then.”

“It won’t be any different.” 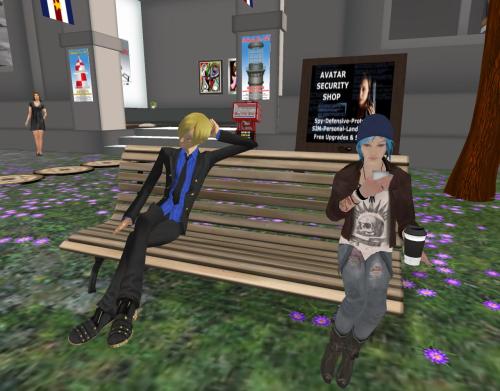 “Get away. Playing on phone.”

“I suppose I owe you an apology.”

“Just leave me in the trailer park,” she reinforced.

So he returned to EM at the blue painted coffee shop of Fishers Island, mission seemingly a failure. But EM thought otherwise.

“You got them thinking! They’ll come around. A seed has been *planted*.”

… she suddenly recalled that thing about a glitch which allowed one to go further down this road — into the dirt part — all the way to a place called Dead Man’s Lake. No: just Dead Lake. Dead Sea, something. But it had to be done a certain way. Today, unlike yesterday or the day before or the day before that, etc., she decided it might be worth the risk. Checking back into the heart of the trailer park to make sure none of her enemies were following her (or were left alive, period)…

… she walks over and shoots her oh-so-familiar weapon at what looks like a weirdly shaped grey rock in front of her (the “glitch”). Not once, not twice, but three times.

She then sticks her gun into a suddenly opening black vortex, never to be held or used again.

The dirt road opens up before her. “Dead Sea — whatever — here we come!” 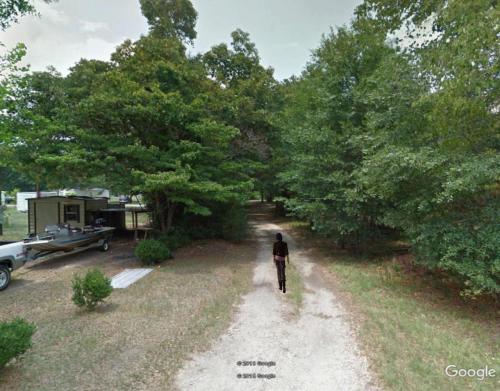