Duncan spoke to the just arrived Dr. Nightwing. “The train derezzed before I could teleport you over. Sorry about that. But never mind. We’re here.” 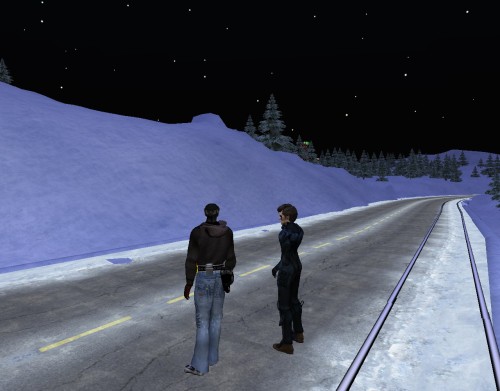 “The beginning of the end,” the Dr. offered. “The trail to the treasure.”

The two began hiking through one of the most desolate, wastelandy places left in Our Second Lyfe. But the dotting system trees still comforted Duncan. He was Lindener above all now, since they saved him. *He* saved him. And this was about as Linden as you can get. Until you reach the end. 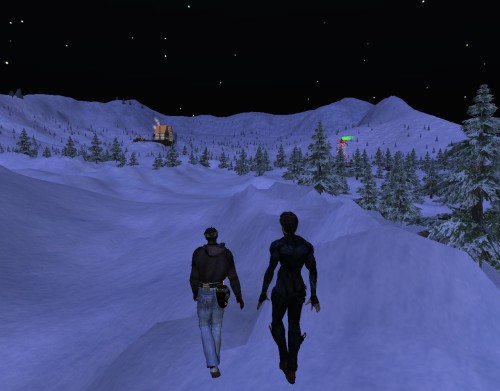 “They’re heading toward the Moon of the Moon,” Ragdoll squealed in excitement. “The big loop! Beginning meets end.”

“Well, not quite,” said Ruby, pencil still twirling away beneath her hand.

“No,” countered her ragdoll sister across the table. “We’re almost there! Let’s press on. Get these two to the — what do you call it? Infohub?”

Ruby stopped the writing. “We better fire up the interwebs and check. Check out the whole Confederation of Democratic Simulators site before proceeding forward.”

“Second Lyfe Moon,” cooed Ragdoll. “And its own Moon not far behind. Equilateral gravity on all 6 sides. Just like Phillip prophesized about.”

“The trees change here at this sim crossing, Dr. Nightwing. Snowier and shorter.”

“I still don’t see it.” He was a little out of breath by now. Duncan surged ahead, seeming to draw energy from the landscape.

“*There* it finally is. Beginning to worry the thing we saw back there near the road was a mirage. Dr.?” He turned. “Dr.??”

The alien man had collapsed in the snow, as if the very landscape around them *drained* him. Duncan walked back to the Dr. “I still can’t see it, Duncan. I’m not sure I ever will. I’m changing over here. It’s a weak point. I saw the end but couldn’t change it. Fixed point in time. Legend will say (he caught his breath)… will say you killed me here. But we’ll know the truth. (deep breath) That’s the important thing.” 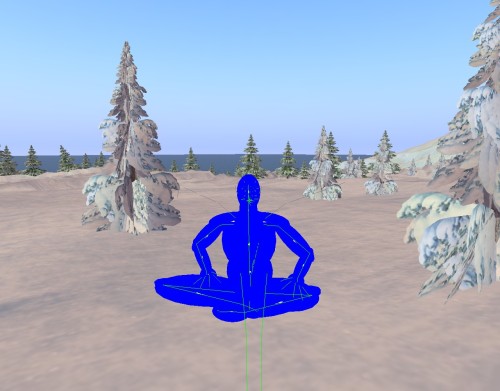 He had no choice, if what the Dr. said was true. Head to the Second Lyle Moon — *potential* Moon — or else be imprisoned for life or worse. He turned back to the green pine forest now almost out of sight before ascending the final bit of slope. “Vanished, man,” he said, shaking his head in disbelief. “Just vanished.”

He had always heard it was otherwise. 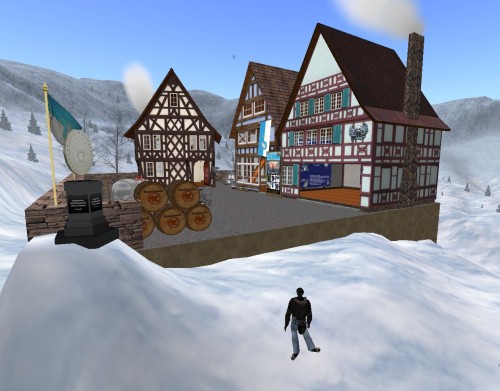