She stared across the road at them; they stared back. 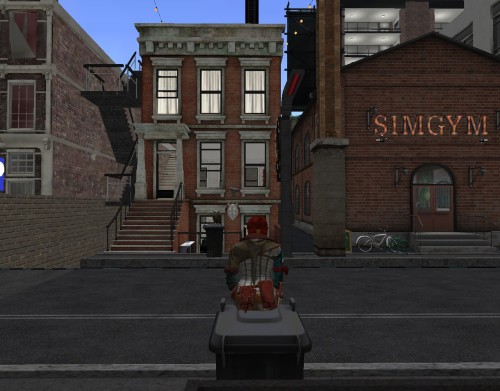 The Owl and the Rhino. 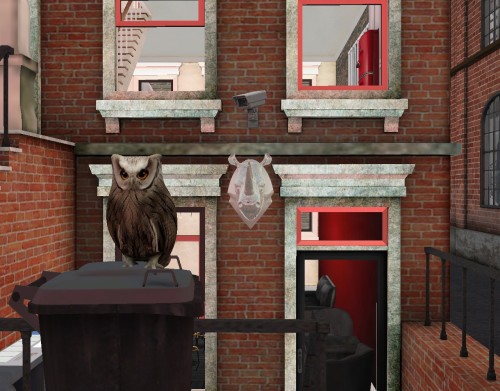 She had acquired a name for the town: Necksity. After a neck. Someone’s neck. Wonder who?

She had to make another purchase in town to find out. She was a *spy*. Excitement! 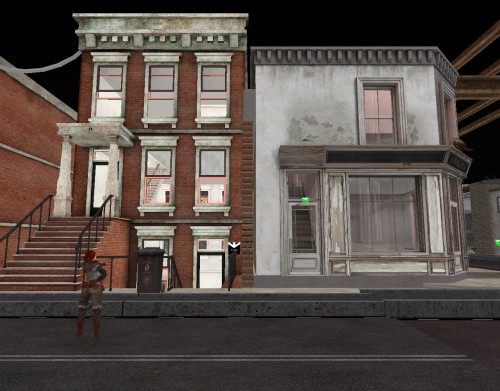 There was a strange smell to the place. She opened a window in back for air. Vacant lot behind. 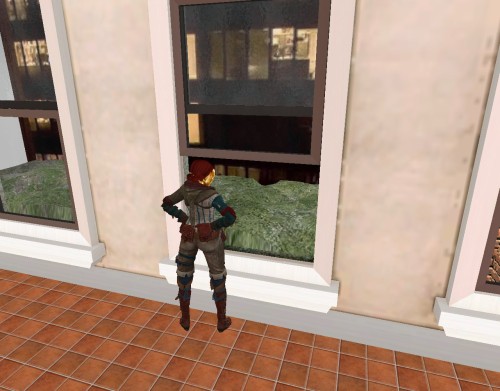 A lift directly behind the rowhouse just rented that goes down to nowhere. Just grass beneath here. The megaburg is still being built in its various levels; a work in progress. 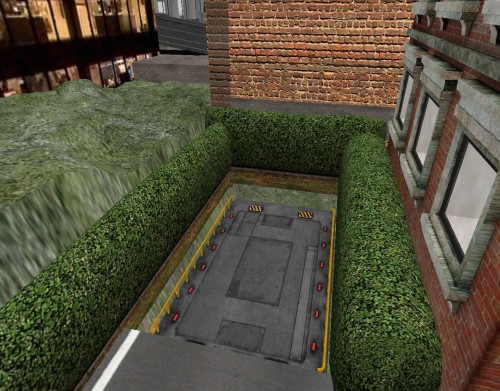 Better get the little devils over. Another town for them to take, um, down.

But turns out the correct group to rez objects could not be joined tonight. Frustration. Her neck began to hurt, and not for the last time.