the state of Collagesity…

… is good. Healthy, even.  Mr. Babyface is back at Perch reading his voluminous newspapers at 15 till 3, thinking along these same lines while puffing on his oh-so-smooth Red Dragon tobacco. Night this time: PM. He has that freedom now the head is back where it belongs. 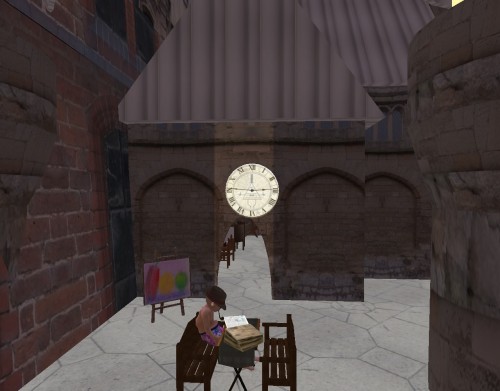 Yes, Perch is back in Carrcassonnee’s nogg’n, but she isn’t quite “fixed” yet per se. The Man About Time and others are working on it. A second one-eyed monster has been purchased on the marketplace as a potential translator, perhaps even — dare I? — a — no, can’t say it. Carrcassonnee rules! But: a little buddy, yes. Frank?

“Frank?” Nothing yet. The Man About Time will try again tomorrow. 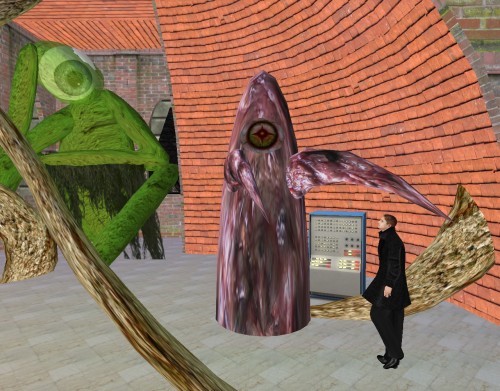 The Man About Time playing Carl Nielsen’s “Commotio” for Frank and Carrcassonnee.

What about Wheeler, then, remembering that she took over control of Collagesity late 2016 in a political coupe which seemingly has been reversed with the at least partial reinstatement of Carrcassonnee, the deity she deposed?

She’s okay with it all. But decisions must be made about the Blue Feather. Is this still Wheeler’s “palace” or is it a place owned equally by all the Blue Feather club, which also includes Baker Bloch, Baker Blinker, Hucka Doobie, Karoz Blogger, and the rest of the core avatars? Not just Wheeler: all. Is this what’s happening?

Wheeler and Baker Bloch, the 2 owners of the land the town is situated upon, don’t know yet.

But one thing for sure now is that Collagesity has returned. The town has a true center with the tower bearing its name, a default landmark for all those who enter from the outside.

“Hmph,” voiced visiting Alice Farrowheart from over at NWES (which we’ll return to very shortly). “I wanted to go to the Red Umbrella but instead I land here.” She turns. “Oh, I understand. This is the place where you get to *all* the galleries. Not just one: all.”

“And what about this museum?”

Yes, what about that museum, visiting Alice Farrowheart from over at NWES?

It’s a subject for another day.