She didn’t even want to look over at her, this Mother of Vampires. Time hadn’t been as kind to her. Cat-Witch, on the other hand: PHEH! She could still claw her eyes out right on this spot and get the last laugh. But she was admittedly curious about the story. Martha Lamb and the Cat-Witch as sisters (!). How could she not have known about this all those years back? There must be deception involved here. She’ll wrangle it out and then expose it to the child. The kid will be under *my* powers. For all eternity, even beyond death. Because she had worked out that *little* detail as well, ha (!). 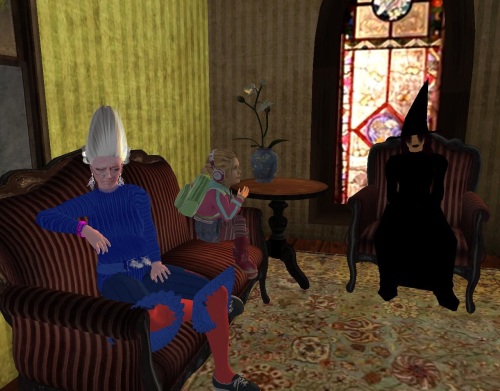 Cat-Witch winked at Katy Kidd while the Mother of Vampires kept looking away and fuming. Because this was Billy Jean Kidd again, dressed up temporarily in a new body. She was dead, yes. Casey One Hole swiped at her with his metallic club and knocked her head clean off into the next sim of Danshire, where it washed up on the shore of that tiny central island we’ve seen several times already. Then One Hole built a shrine around it, which lasted until several days ago when neighborhood watch fanatic Red Pepper spotted the shack and had the thing deleted. The head is dead. 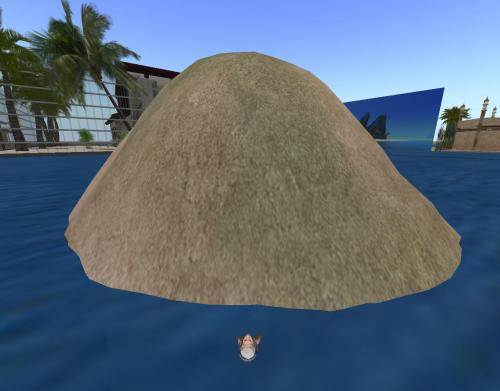 Trouble is, it was also Katy Kidd’s head and that’s what dead Billy Jean told her first off about it. She saw it from a distance, while hovering above. Like an angel, she explained. “We are the same,” and then they merged into one from opposite sides of that walkway where they met, just for a moment. Just long enough to *know*.

Billy Jean changed. They walked inside. Cat-Witch sat downstairs to wait. Katy helped Mother hobble from her bedroom, down the stairs, to the parlor. She couldn’t look. How does she stay so *young*??