“Hmm, Hucka Doobie. Top of the bridge here in Kabu is where photo-novel 8 ended. It’s the lone pick of Uh Clem who has a 512 in Moork. Robin Williams (Mork) was a noted big fan of Firesign Theater, appearing on the 2001 PBS Special ‘Weirdly Cool’ celebrating the group. Uh Clem refers to a character on their 1974 album ‘We’re All Bozos on this Bus’.”

I point behind Hucka Doobie. “What about that big cube of cheese over there?”

“The cube is 64x64x64. On the ground, it occupies exactly 1/16th of a sim. It was created by GeneralFyad between Dec 15 and Dec 22 of last year, thus over 2 months ago. There is one house, a House of Mizu structure, fully inside the cube. 7 other houses are partially within to various degrees.”

“All of this is super important. I’m tired. I’m going to bed. Nighty night.”

I’ll show Hucka Doobie I’m onto something. 2 1/2 months is a long time not to visit your house. *8* houses, but maybe the one in the middle doesn’t count due to fishbowl effect. 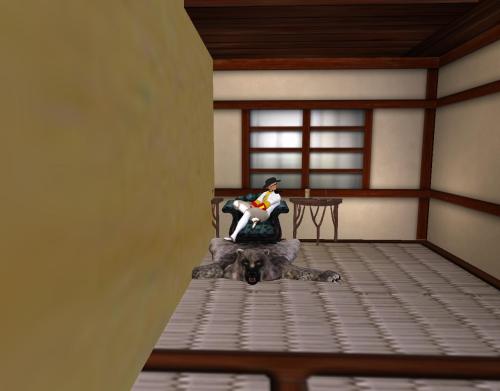 This Uh Clem 512 and its lone object has something to do with something! 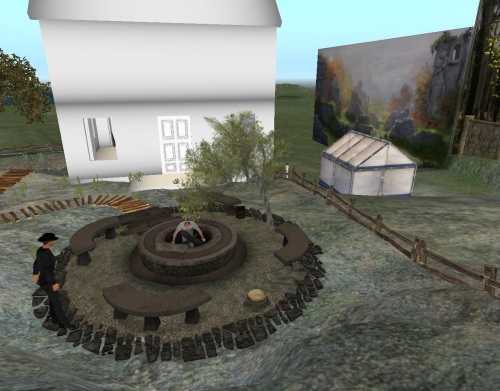