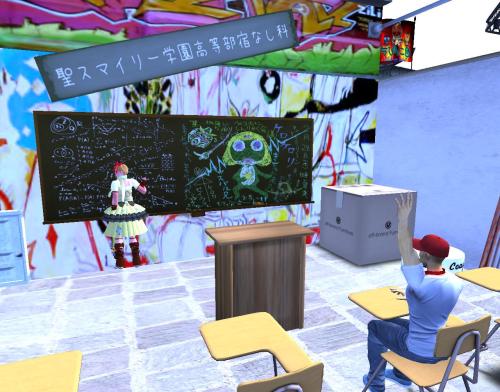 She kept scribbling with the chalk while talking, producing figure after figure, like an adding machine but beyond: all the numbers and more. “So you see it’s very easy.” She caps off her last equation with a triumphant swirl of the arm. She faces the classroom. “Bullfrog was Dr. Rabbid Baumbeer all along, so when Sue Ellen Hutchinson or Hutchison killed the *lat-ter*… she also killed the *for-mer*. It’s all indicated way back at the beginning with this modifier here.” But before she could circle the appropriate symbol with her yellow chalk — I believe it was a “q” — Barry spoke up. He couldn’t wait any longer; had his arm in the air for a while now, which the young(-ish) teacher was use to. She didn’t want to be interrupted until this decisive declaration.

“Miss Graham, Miss Graham,” he interjected. She twirled, as if surprised by his voice. She wasn’t. “Oh… yes Barry.” She points to him with her chalk instead of the “q”.

So (his name) wasn’t Graham — the *teacher* was Graham. Wheeler had her wish.

“I’m wondering, uh, if all this means red caps are bad. *I* have on a red cap.” He takes off his cap and quickly puts it back on to emphasize. *And* a red tie.” He flips his tie at the teacher, who jumps back a bit as if it were a snake. It made a peculiar, cartoon(-ish) snapping noise she wasn’t expecting. What was *that*, she thought internally. She’d have to add it in somewhere on the board to figure out later. Better not erase this juggernaut just yet.