“I am glad we finally get to meet face to face, er, Other Sandy.” 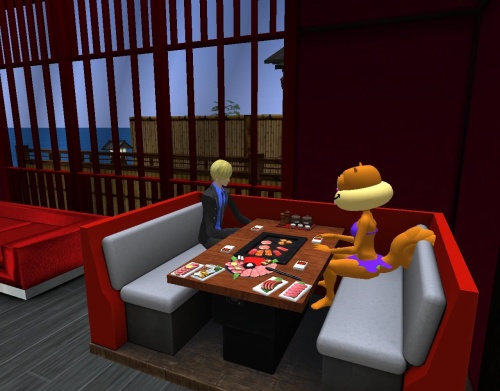 “Sure ‘nuf! Have you read the fairy tale book yet. Allll this turns into a big fat pumpkin in the end, or in my case, an acorn!”

“Yes, I picked up a copy of ‘Fairy Tales’ from one of these zzz houses but it then disappeared from my hands after I read that particular page.” Dream selves, Sandy thinks to himself here. Synchronicity in action.

“Yeah, this is where it allll goes down, Mr. Other Sandy.” Southern drawled Sandy Chic with acorn wide cheeks was glad that Sandy Beech didn’t pee in front of her at the lake, although the bear, being less self conscious because of the wild animal thing and all, couldn’t resist. He put down the rod and pulled out his rod, hehe. Wait. She stared over. She was thinking the thoughts of both of ’em. Gosh darn shoot!

“I hear you are from Texas, Sandy Chic,” Sandy Beech speaks over, perhaps unaware of the total synchronicity between them in the moment while looking at maps in his head. “That’s a big state for a, um…”

“Big squirrel? Were you going to say big…”

“Hiiiii YA!” Sandy Beech’s head was detached from his body by Sandy Chic’s mighty karate chop across the dining booth. Spongebub would be proud.

Yet Sandy’s bodiless noggin still thought. He realized he had really always been in this form. A talking head.

“Annnnnd CUT! That was great, Sandy. BOTH of you! I smell an Emmy the size of TEXAS awaiting us!”

“Umm. Is he alright?” Sandy Chic had assumed the body. 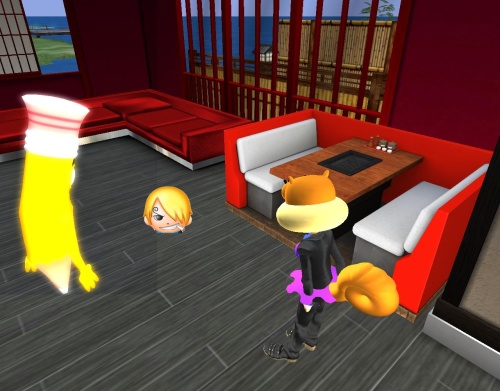