She was on the retracted boarding ramp, looking toward the capsule. She had forgotten who she was again, sun shining brightly above her. She had her wings once more; she was ready to go. All she had to do was extend this ramp across the gap and walk in and sit down and hit fire. FIRE! She was up in the air, heading to Mars Mars. The one dreamed about by Bradbury and Dick and all the rest, but without the time-slips, the Fraudian ones. “Baloney,” she muttered, thinking back to her encounter with Baker Blinker who had left the scene, given up on AB for a spell. What I mean is that she went back to Meaux for a spell, so that AB would remember again. She didn’t have much time; fire would have to be involved, just as it was for her alternate (so far) persona of Jeffrey Phillips. The plan for Baker Blinker, who is, of course, Wheeler, was to go back to Meaux, like I said, and make the new fire spell so that when AB entered the rocket and hit “fire”, she would — again — remember who she was (core). Would it be too late if so? Baker Blinker, I mean, Wheeler wasn’t sure. But when she thought it she knew that had to be the plan, canals be damned. A gap — AB *had* to remember. This was going from North to South, etc. etc. etc. 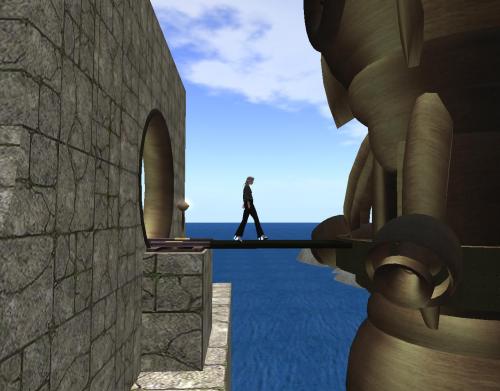