Future Schumann was trying to show me something.

I returned to Collagesity, set on finishing that ditch traversing almost the entirety of the town. What do we have here? 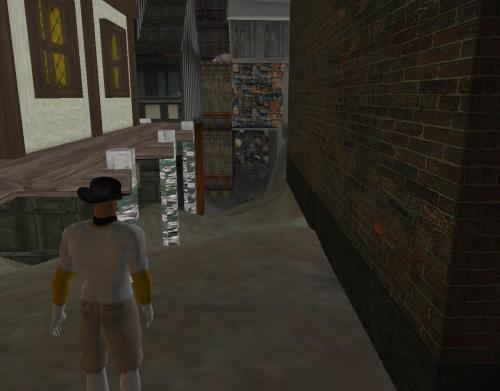 And why am I Baker Bloch again? *The* Baker Bloch. Must be Wheeler, I assumed: the third wheel. Her “other”, or “others” I suppose. Marriage, pheh. How can she say she is married… to which one? Or better, which is which? They both came from novel 8, like a Crazy. Maybe Cpt. Crazy over at Half Hitch would know, or at least half know some kind of truth. And what about *his* significant other, that Speck or whatever, the First Mate or the Only Mate or Lone Mate. Mates indeed. Randolph the Bastard Pirate must be laughing in his sleep, chest still rising and heaving with every internal guffaw. The alchemy bird stays silent, forgetting its purpose as a watcher in de skies.

“But a twin *has* moved forward,” I can hear Wheeler inside my head. “We have chosen a hairstyle, a form. We are from Heaven now. You know the denizens of Hell; you’ve seen them very recently.”

You know we are trying to save you and we chose just in the nick of time.”

I shook off the daydream and stared down the length of The Ditch. Ditch City they may call this place in the future, if they have no imagination.