two of a kind

“Alright, alright,” Justin Dustbin hurried up former 2nd cousin once removed Beverly Dooright, found crumpled and discarded outside a local club. “Just how much do you *want*.”

Yeah, I just spread my arms out like this to look big, you know, like an animal…”

“Yeah, like *this*,” Sugar McDermitt imitated, spreading his arms as well. 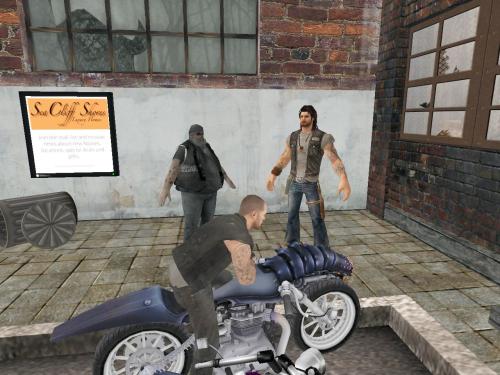 “Yeah, yeah. Rooaarrr, heh heh.” Sugar claws the air in front of him then returns his arms to his side.

“That… that banana ran all the way back to the fruit stand he came from, har.”

“On *Sundae*.” They almost split their sides with this, laughing and laughing as Biker Mann finally drove his XK59 motorcycle away, having enough of it. He had other concerns today besides talking to two ruffian *meatheads*.

It came to be called the Pigeon Butt Murders, because there was one roosting on the rear end of every found corpse. This was the first. John E. Weissmuller III, a former special ops swimmer for the pentagostal church out on loan to the navy. 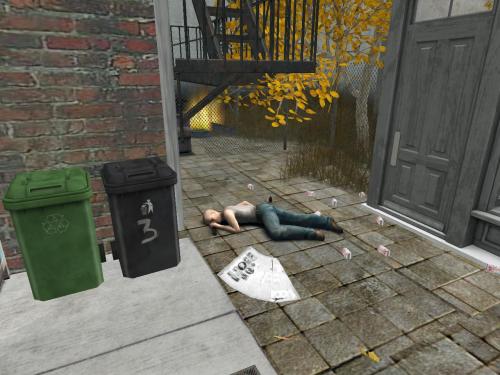 And where was this off duty swimmer/sailor heading to on main street in Slaashsides when he got whacked on the back by a still unknown assailant? Jim’s Club, the very same we’ve seen Justin Dustbin and Beverly Dooright on the other side of just a minute ago in this here blog post. They shortly become victims nos. 2 and 3. Nearby Sugar McDerrmit and Pissy Demwit, arms still raised to sides: nos. 4 and 5. Biker Mann drove away. Biker knew more than he was letting on. He knew these guys were as much toast as bacon and eggs, and that they’d never be harassing a poor little innocent fruit child again.

She warned him at the bar earlier on. I believe it was about 1/2 past 6. “I don’t like seals, leeches, or any other type of animal. I’m going to do away with the lot of them, starting with the area just around this club (*sip*).” 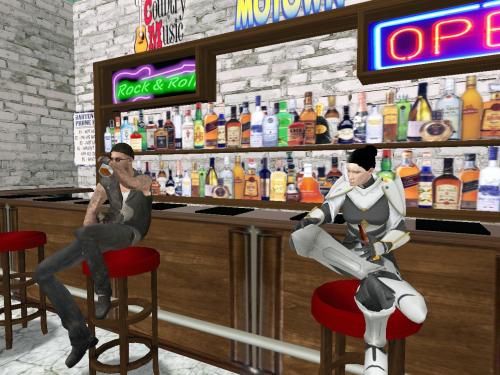 Biker Mann drove far on his XK59 that day, but not to the police, because he was on the lam himself for a series of serious crimes down in Slayertown. He had no right to judge a fellow murderer (etc.). Later they became husband and wife for a spell, but that was after the kids had themselves already grown up to become looters and burglars and so on.