“Nooope. Pietmond,” he said. But Sunklands’ Pietmond had been destroyed long long ago. Something was up. 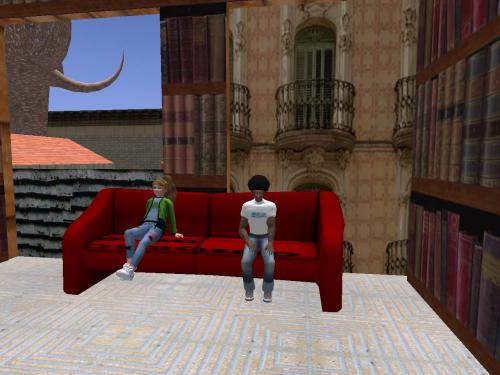 “Live around here?” she tried again just around the corner in a “secret” nook.

“Naah. Just here to study,” the long haired man across the loaded down table said hoarsely, as if he’d just sang a rock n’ roll concert for a 100,000 people.

The other sitting there even turned her back on the child, not wanting discourse and hoping her Goth father was about ready to split this boring town. So that takes care of Pietmond Boy, Osborne Well, and Lou… 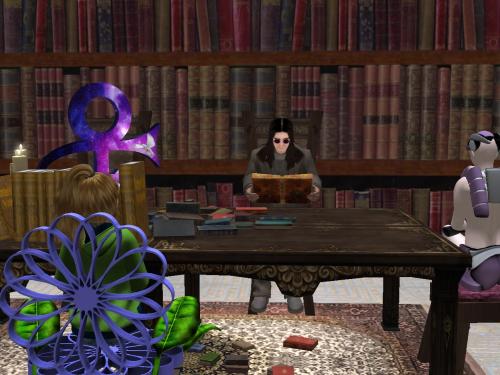 … moving us into the opposite corner of the new Collagesity library containing an estimated 100,000 books, a book for each person at one of Osborne’s concerts to put it another way. Here: Tronesisia.

“Live around here?” she tried once more to the former pleasure bot turned tame, this child named Shelley who had given up her castle to construct this building, be with these people. But blue eyed Tronesisia was having a vision and couldn’t answer immediately. 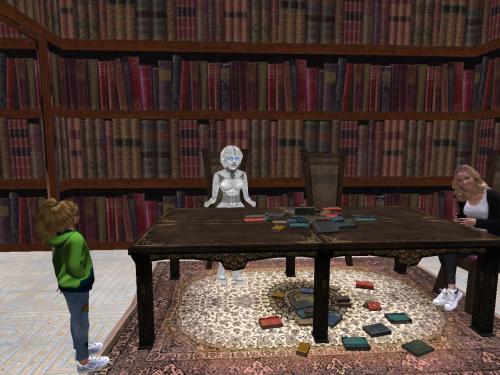 Where had she heard this before? Blue *and* green. It didn’t compute: something was ill fitting; broken even. 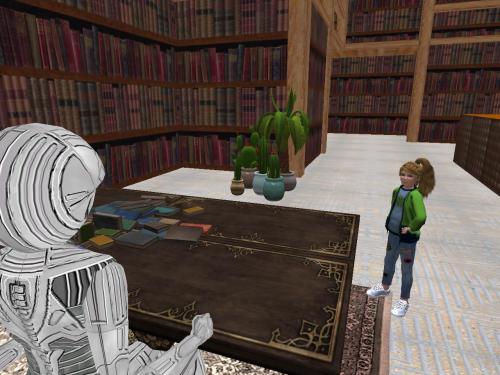 In the center, Missouri appeared — Miss Ouri. The new librarian. 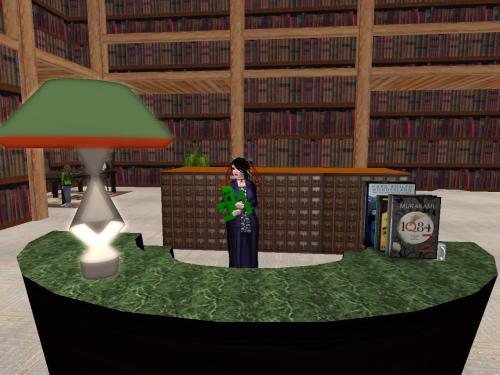