“Wacky, man,” says Roberts primarily for grinning partner Franklin beside her. They’d been partaking of the sacred bush just before. Now: here. Fire brought them together.

“True, Albert is lower in contrast, but we all work as a team, a TILE if you will. Blue (he points to himself), green or red, take your pick (he points to Roberts and then Franklin), and, finally, you (he points to Albert).”

“Me? I ain’t lower than anyone. I’m a prevert and I’ve accepted my role in life. It’s you guys who are in the wrong. Trying to kill me!”

Silence from the still guilty feeling women, as Claude says: “Now, now, Albert. No one is in the wrong. Each has their challenges, *including* me. That’s what I’m trying to say to you.”

They look each other over with this, one by one, realizing the truth of it all, if only subconsciously. A TILE, back and forth and across balance. Blue should have been opposite yellow and green opposite red, but Claude wasn’t in charge of setting up the chairs. Probably an intern, he thinks. 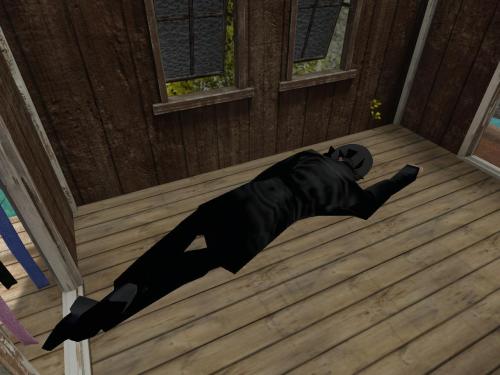 I’ve given up. Wanda: gone. Punctured and then dumped in the bay, along with the couch which *didn’t* harbor any secret writing devices. Worthless, signal free TV: gone; same place. Fishing pole: dumped in the water as well. Swimming with the fishes instead of catching them. All I have is the roar of the waterfall and the occasional, added tinkle; funny how I can hear that much smaller sound through it all. I don’t even look out any more. Claude: nowhere in sight. I still live but I don’t know how. I haven’t had food for days and days. Life force… draining. 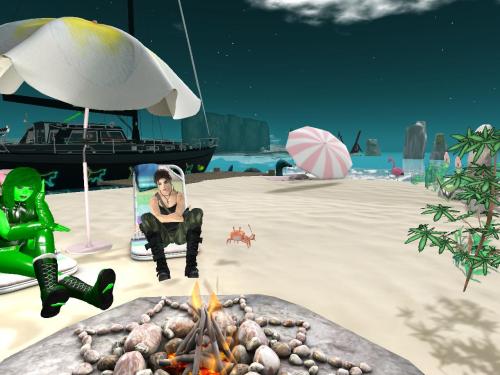 “Aren’t you going to the waterfall today to do your thing? 1/2 past 6 already.”

“Nah, I think he’s had enough. Either he’s fully capitulated or he’s dead in there, hard to tell. I don’t even really care. But he’s broken either way.”

“We should contact Claude, then,” suggests Roberts to her lover and perhaps wife Franklin with this. “He owes us the rest of the 5 grand we signed up for, task completed it seems, as much as we could do perhaps.”

“Money, pheh,” exudes Franklin, picturing Albert’s limp, maybe lifeless body on the floor of the small shack hemmed in by rocks. “Fully green now,” she laments about receiving the paper bills, all Claude had conveniently enough. No metal. Not even red bills, which Franklin made up anyway to embellish a story.

“Us, obviously. Because we have an actual conscience.”

“He *might* come around. He could just be lying there, pitiful and useless life flashing before his eyes.”

“Somehow… I think our own lives hang in the same balance.” Both stare at the fire, realizing their actions were pure and good in that Albert *deserved* to be pissed on, and then reminded of it on a daily basis — but money never should have been involved. They didn’t pass angelic “receiver” Claude’s litmus test. But, like with Albert, there’s still a chance for redemption.

Franklin sat up. “We have to save him.”