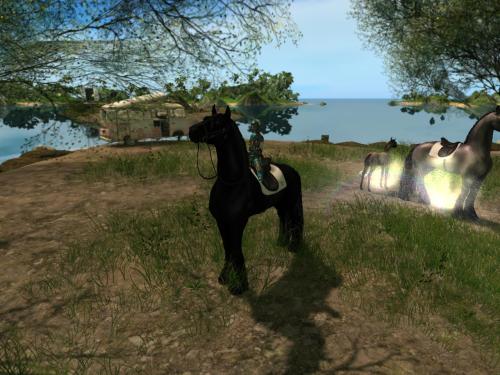 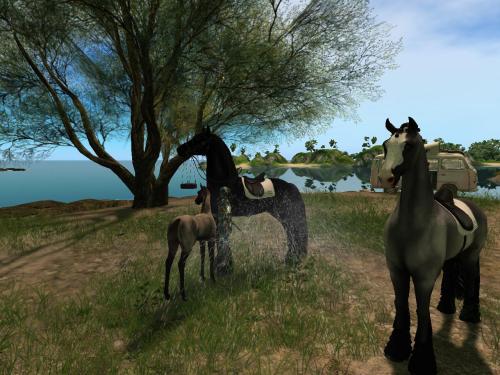 “You stay in the van dear,” Draken requested, heading toward the only structure on Horse Island. “Damn horse piss,” he complained along the way. Pretty rainbow, though. 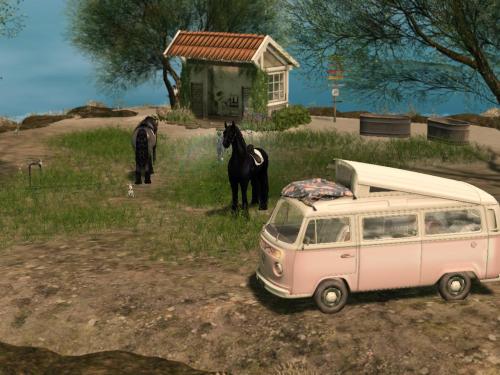 Yes, this will do nicely. Memories. 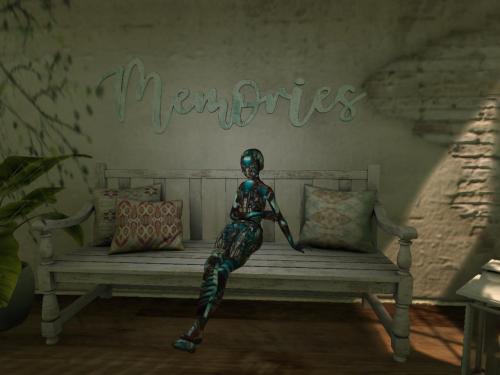 Oh dear. Told her to stay in the van and over there she is.

But an ass gets in the way, blocking our view. Must be a Clydesdale. 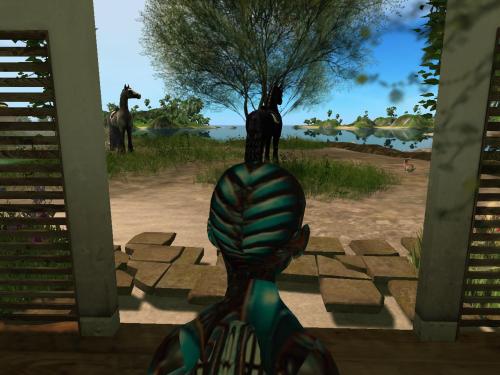 Franklin was shrunk down to size. 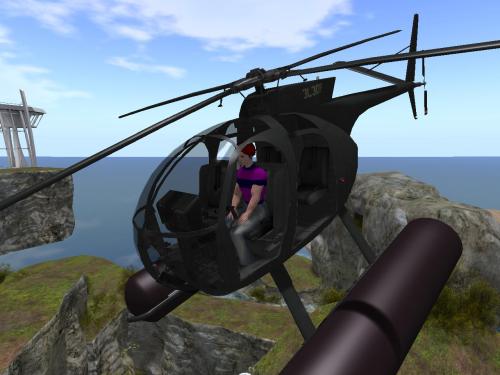 “We have a read on the shack, Control, over.” No answer.

“Repeat, we have a read on the shack, over.” No answer for a while again, then:

“Uh, copy that, Mission, do you see anyone down below? Over.”

Norris pauses himself now, partly out of spite. “Yes, we have green legs, repeat, green legs. Green as frogs, over.” 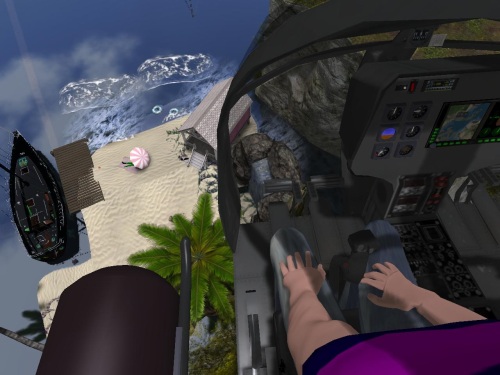 They could take her out now but it would mean sacrificing the pilot. Stan talked the possibility over with Tom. When will we get a better chance? rationalized the latter.

A longer pause. How much did Norris value his artificial life? Enough to break free of Control? He decided to sacrifice himself but go out on his own terms.

“Read that, Control. Going – straight – in.” And he did, except a little to the side, the left one I believe, hitting the boat. Or the right one, pulverizing the rose colored cottage. But not totally straight, thus most likely not wiping out Franklin under the Umbrella.

Roberts of course heard the crash from just over the rocks and came rushing, and Shelley and Lemont did too from their beach just beyond and did the same. Collision in a different way. Two arcs of a story not yet met.