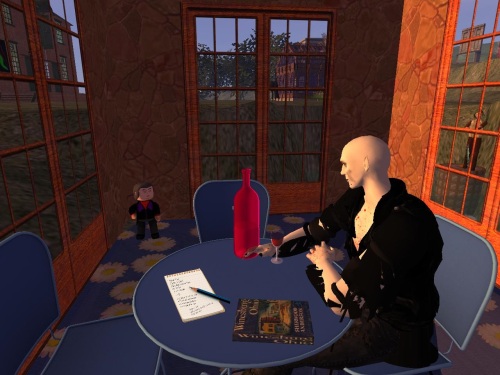 Using his universal pass-through, the littler vampire entered the house. “Buster Damm as I live and breathe, ha ha.” Pitch was use to his free comings and goings.

“Morning wine, Pitch?” Intervention Buster queried, looking at the bottle and full glass in front of him.

“Oh, this is just left over from last night,” Pitch explained. “You know how I am about cleaning up.”

“Who was the dame?” Jealous Buster asked with an edge, taking a seat opposite his bestest friend in the world. “Not that laconic bee woman again? I thought you two were Spitsville.”

“It’s Splitsville,” Pitch corrected. “But, no, it was Wheeler. You know, the lively one who bought the Key Store from Chuckles outside. Not a beaner. However she doesn’t own the shop any more. A wooden man bought it from her. Toys in VHC City, Buster. What’s next? Elves?”

“Hmm. What did you two guys talk about?” Had Jealous Buster skipped over a line? Didn’t matter. Pitch was a super duper pal and would play fair instead of foul if so.

“Sister. Everything you see around you.” He waved his arm, indicating the house and its windows to the outer world. “There’s a place we should visit on the edge. Let’s call it that. The Edge. Won’t take long at all. A baseball field away at best.” 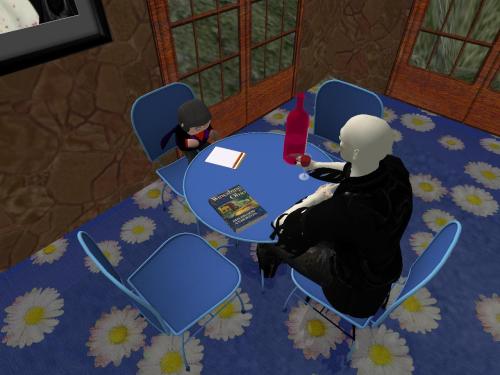 Nosey Buster had started scanning Pitch’s latest jottings, attempting to understand better. He reads aloud now. “The future fisher lives on the edge. Chuckles knows identity but won’t spill. Got that he owns a slavebot who is bent up inside. Coins. Squid and whale.” Shaking his head, Thursty Buster reaches over and grasps Pitch’s glass of viscous wine, downing it in one take. “Let’s hit the trail,” he said, wiping his tiny mouth with his little black cape. No stain remained. 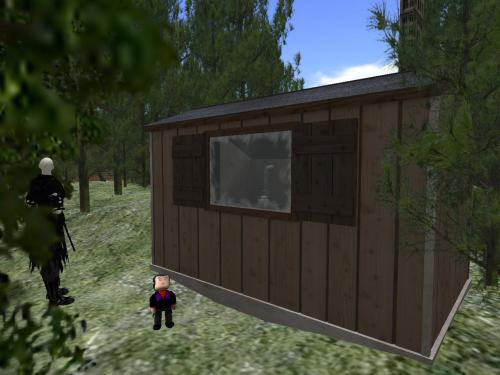 “No one home, Buster,” Pitch says after calling. Curious Buster wouldn’t be denied. He deployed the universal pass-through again. 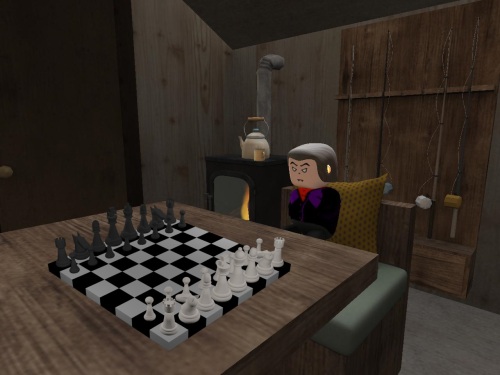