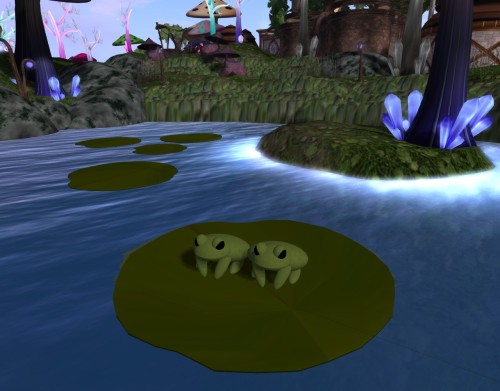 “I once had a happy life,” he kept explaining from the floor. “On my lily pad with Laurie. Our paradise, our private Eden. Until the yellow ball.”

Yellow, Allen pondered. Like me. “You said it was golden before,” he interjected downward. He was trying to separate himself from the situation. But he knew something was there. Something he had forgotten. Encasement. Something.

“Yellow… golden. Depends on if you have your glossy on.”

“I needed a vacation from the ball. I told them I wanted to go stay with my cousin in Mistymo. Yet… here I am.”

Same mistake, Allen Y. ruminates. But now: *no* mistake. He knew that. And he knew darn well they heard “Alien comma Yellow” also. This is starting to sound like some half baked plot in a backwater blog. 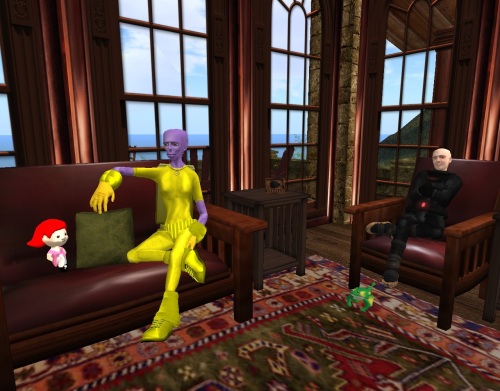 Dolly beside him begin to tell her own tale. “They found me. I asked for it. I asked to be exposed. They found me.” Piper’s voice was deep, masculine and robust; Dolly’s was so thin and feminine you could barely hear it. Her pipes weren’t what Piper’s were. Allen received the idea that the two knew each other better than either let on — the way they looked at each other.

But there was Archibald left. And Jennifer M. Friend from Anniston, Alabama hadn’t even shown up yet. Complained of upper stomach pains last night. Hope she’s okay. Maybe someone should go knock on her door. Maybe that someone should be… me. Because, Allen admitted to himself, I kind of fancy her. 1/2 and 1/2. Plus she might need help. I’ll bring her some candy to cheer her up. Corn should do the trick.