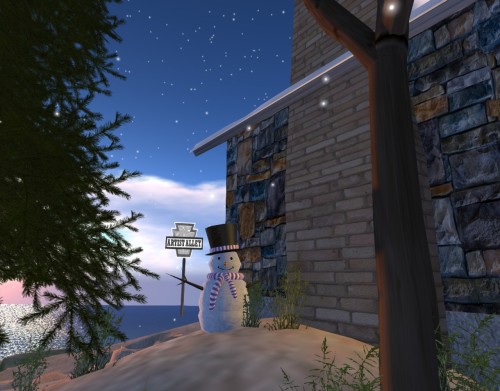 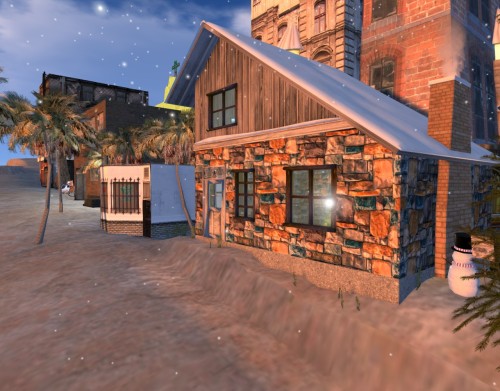 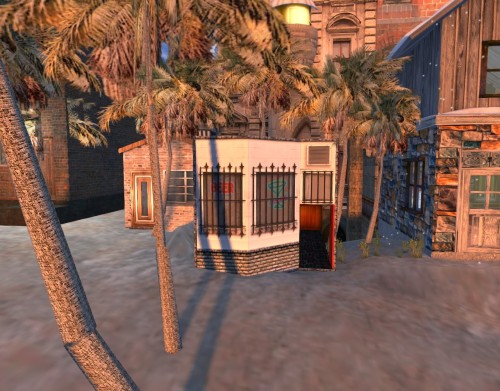 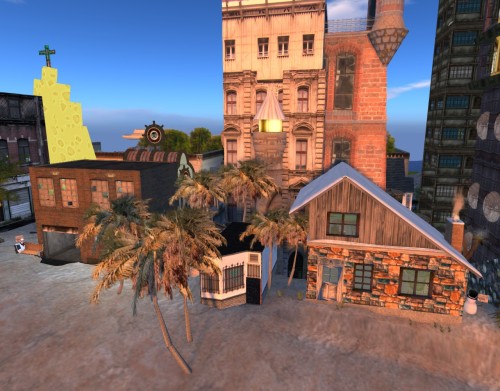 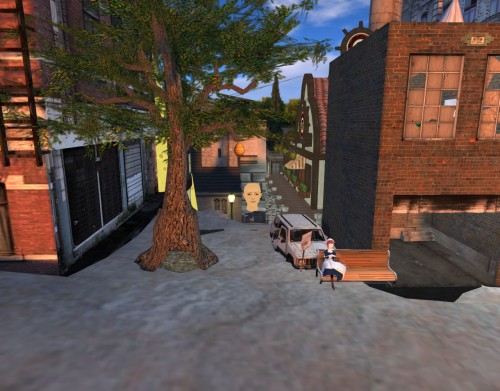 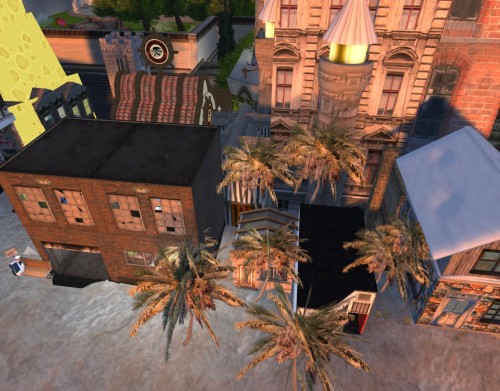 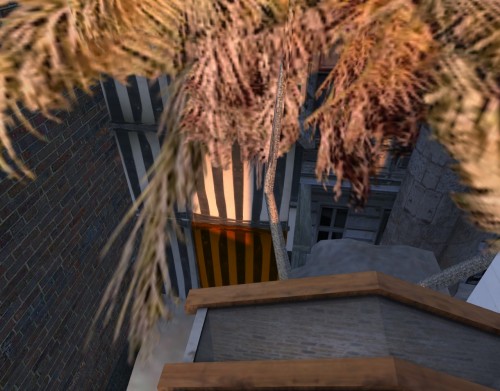 I suppose *this* could be the alley. Behind the structures instead of in front. 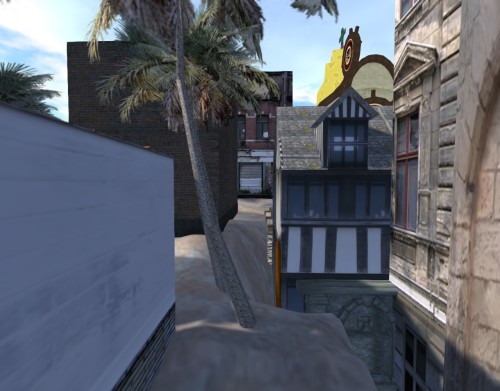 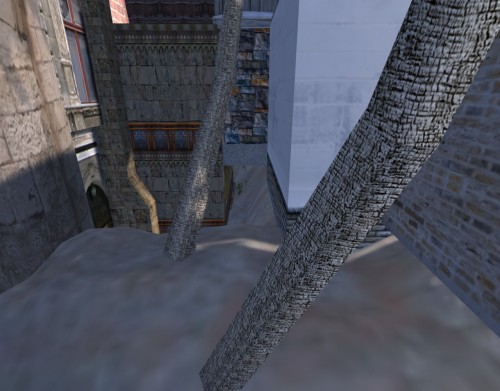 But Woody’s blocked this completing underpass if so. 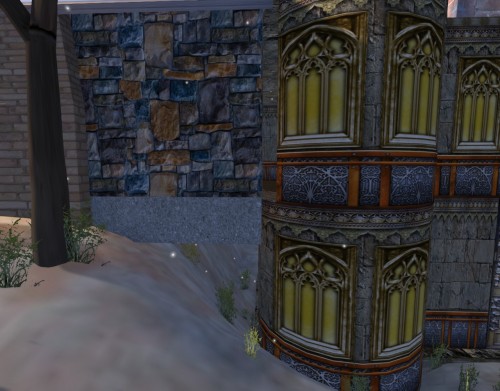 Woody appears to be the new Pitch Darkly, in that *his* house is connected to the Blue Feather instead of his bloodied vampire friend’s Darkly Manor. Interesting new twist — probably one of many the town will provide. Although full of familiar structures and viewpoints, 7 Stones has a new air to it. Beyond Collagesity.

I hope so, since so much is at stake.