“It’s the only place we could go to get away from Cindy A. Everywhere else: planes and rockets okay. But not here.” 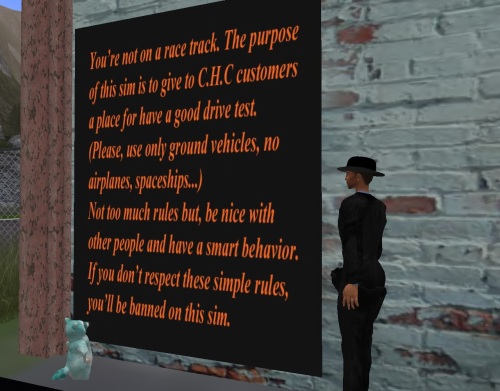 “It’s the same car as at the gas station in Cassandra City, Tealy,” spoke Marion in his cool gangster style. 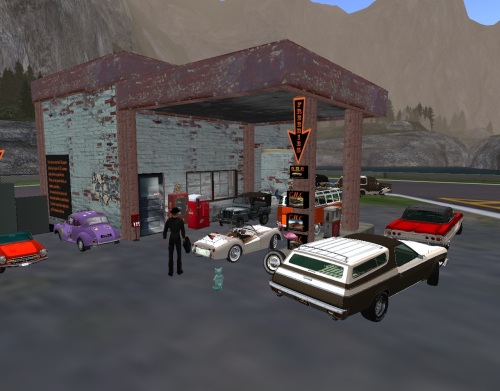 “It is,” reinforced Marion. “I have a photographic memory. This is the place.” He blew out air with this. Some things never change.

“Freebies!” Tealy then utters, pointing to a nearby pillar while waving his hand before his nose, a familiar gesture.

“No, it has to be that one car. Where I was born in the parallel lives. Patterns. Stick to patterns.”

“We’ve seen this bastard before too.”

“Toppsity,” declares Tealy down below. “Toppsity?” he then questions Marion.

“X-City,” corrects Marion, pointing to his eyes and head. 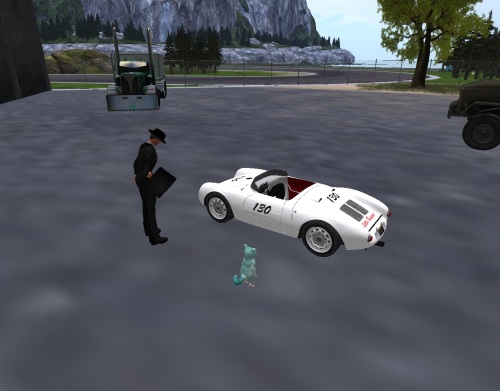 “Little Jimmy,” states Tealy religiously. “So it is true.”

“L$50000 well spent,” returns Tealy, still wishing they had tested out some freebies before purchasing such a golden egg. CHA-CHING. *Sit*.

Tillie knew they now had a fighting chance against the machinations of the A.Team. 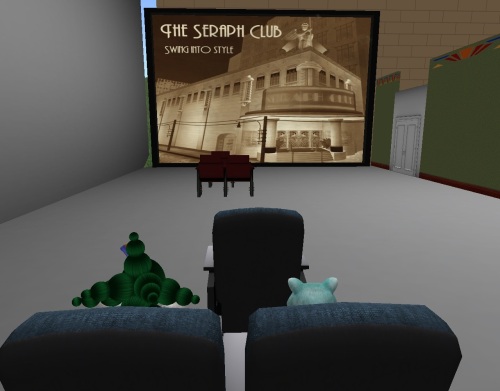 “And James Dean the week before. We just missed him!”

Tealy turned to Tillie. “I’m sorry. I know. One of your heroes.”

“Marion, Indiana,” she spoke. “I was there when it happened.”

Tealy pats Tillie’s near hand. “I know.” Tears began falling from her face, splashing onto Tealy’s hand even. She changed.

“Marion, Ohio this time,” spoke a transformed Tillie, clutching the L$50,000 tight in his lap.