Two realities were superimposing themselves on top of each other, inadvertently (perhaps) creating chaos and confusion. He simply didn’t know; he simply couldn’t understand. In the moment. 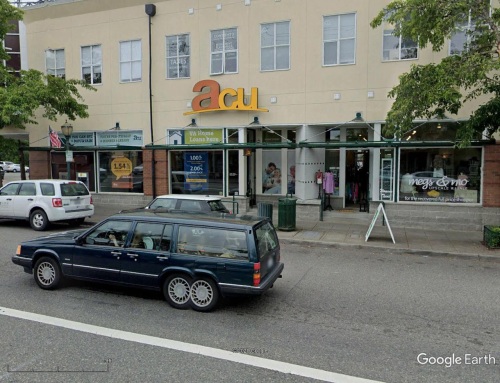 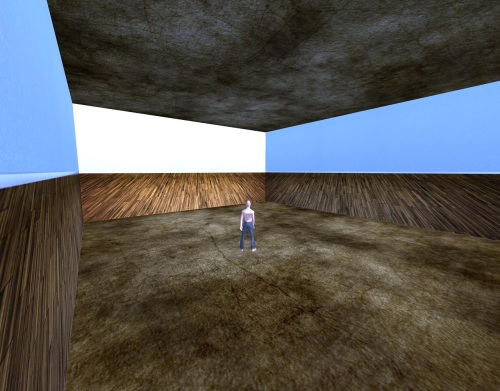 I’ve created the bare bones of a consignment store on my Rubi property not seen since the very beginning of this here photo-novel, number 22 in a series of 20. The first thing I decide on to fill out the 4 square emptiness is a Volvo station wagon, which definitely does *not* have two handles on its back door nosiree.

Let’s just prop it up outside for now against the building’s unfinished, plywood exterior. 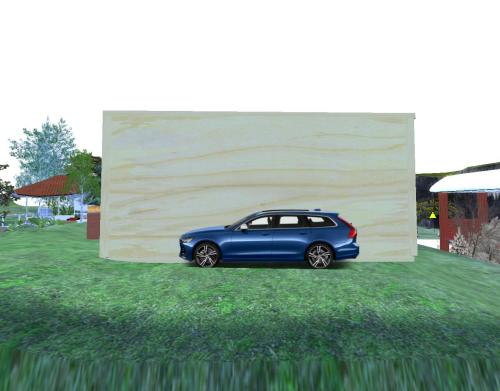 Then I add another image inside that has become meaningful to me today: the collage characters I call Source (Male) and Lake (Female) — perhaps another version of Adam and Eve and the whole Apples story — *hiding* something. Like we are seeing through a wall into another dimension. 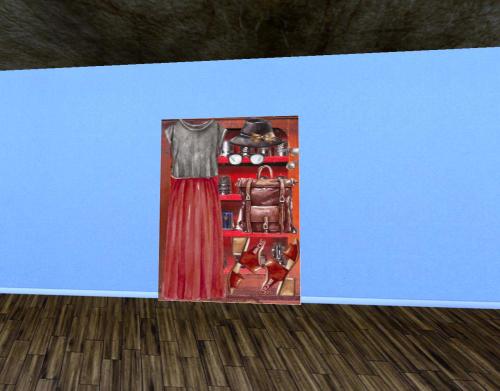 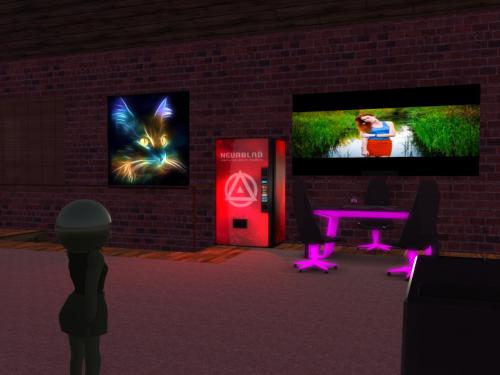 And since the Tacoma consignment store the impossible station wagon is driving by on N Proctor Ave in that first picture above is named Megs and Mo, I suppose Cassandra City’s Moes Bar is related somehow. The transparent Source and Lake image comes from M & M as well — very important there. More soon.

“Phil had the richest, most complicated sense of humor of the four of us,” said his Firesign Theatre partner David Ossman. “He loved what he called ‘the stupid’ and he could twist it into surreal pieces of head-beating comedy. His High School Lunch Menus, the Irish guy who taught how to paint like the insane, the Funny Names Club of America. He had the whole range. Bergman and Austin were really the Lennon and McCartney of the group.”