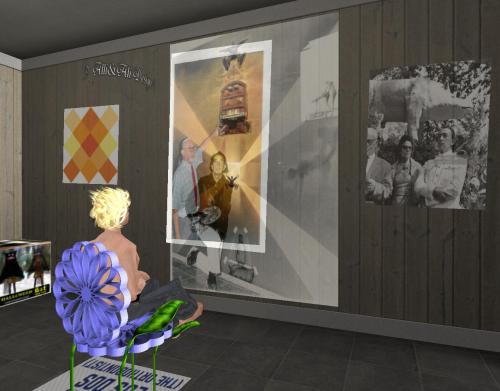 He wandered around the streets of Apple’s Orchard in a thought haze after the engagement with his sister was back on, eventually settling into this cold seat in Dr. Rabbid Baumbeer’s still undeveloped Red Rose (consignment store?) staring at a hot spot picture and understanding that reality had changed, and that something had somehow been saved. But what? He looks at the locos superimposed against each other in both the backing and fronting photos before him to become one. Locomotives, that is. Train cars. Something had begun, something he didn’t understand. And apparently no one around him did either, Peter, Cat, Phil 02, David, no one. Didn’t matter if I said their names here. No one was listening.

Maybe it’s just Our Second Lyfe that is off-putting. I can understand that.

Doesn’t really matter to me that much because I enjoy hiding anyway. 🙂