Marty walks into the Table Room of the Blue Feather in Collagesity. I realize he should be on the wall as well: The Beetles. Like seen in Picturetown crossing a road, minus one — I believe it was Ringold (the bastard). 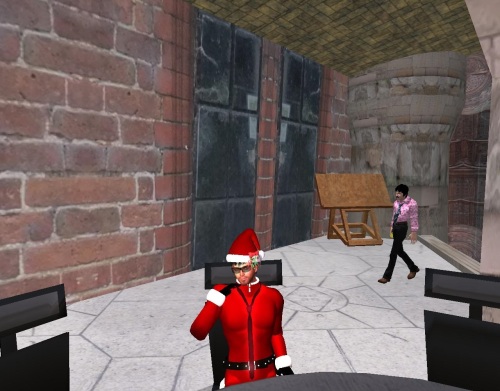 He said he would be glad to join The Table even though he had a busy schedule, being a famous celebrity and all. He said he was referred by The Bill, which I didn’t originally take as the Illuminati but perhaps I should have a rethink about all that. And The Bill’s influence in it. Wheeler, when she was ruler of this here Collagesity, wore a little “Bill Hat” on her head after discovering the “Gravity Falls” character of the same name from a book procured by Baker Bloch. *That* was Illuminati tinged — the whole takeover of Collagesity thing from Carrcassonnee, the former deity/ruler. And Carrcassonnee *still* can’t be restarted, just going “Iiiiiii,” for the most part, although at that one, recent party she said a couple of things more until a quick regression.

Who is at The Table with us? Roger Pine Ridge should be here but he had yet another engagement with The Rainbow Sphere. I asked Marty if he knew about such a thing and if, theoretically, he could become similarly engaged if, say, the album was Sgt. Pepper instead of Dark Side. He admitted he could… and he did. I asked him to elaborate. He didn’t.

He lit a fire and began to smoke without asking, clear reference to Eraserhead Man. So I decided to query about “Twin Peaks” and if he knew my role in it. “Jefferson Thomas might know,” he responded cryptically. I thought about it; I realized the message. *I* am the Illuminati (as well?).