Duncan sometimes sits down there staring at those tulips well into the evening. He’s looking for something that isn’t there. *I* can’t even see the tulips at least from this angle, thinks George here, stomach rumbling from lack of food. 1/2 past six. Looks like spaghetti-o’s again. He moves to the kitchen to prepare the water. 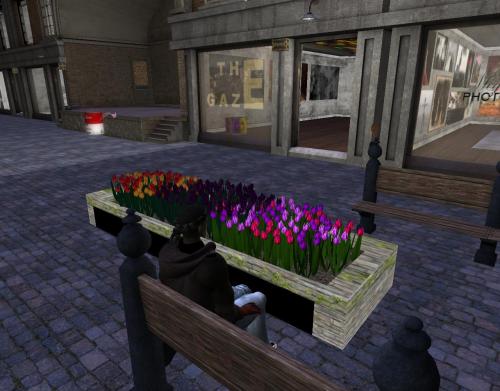 Couple more well placed toy avatars and we’re outta here, he contemplates while still staring deeply, gazing even. He pulls out a fish taco from his sweater he brought for a snack, but before he could take the first bite he remembered the boy.

“George,” he exclaimed. “*Dinner*”. He throws the fish taco in the tulips for the rats and heads home, going over apology after apology in his head. But George was use to it.