She’d lost her hat. She’d lost her ability to speak. The White Whale looks down on her, concerned that things had taken a turn for the dark again. Blue must be involved. Blue’s always involved when there’s trouble, she thinks. She opens her mouth. Nothing. Starbuccaneer Barista also opens her mouth and also produces nada.

“Newton and Jasper!” she wanted to cuss so badly.

Observing Newt then heard a tiny tittering beside him on the floor. About as small as ants they were, he thinks. Salt and Pepper. 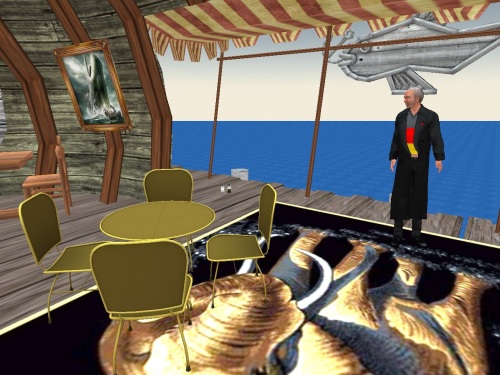