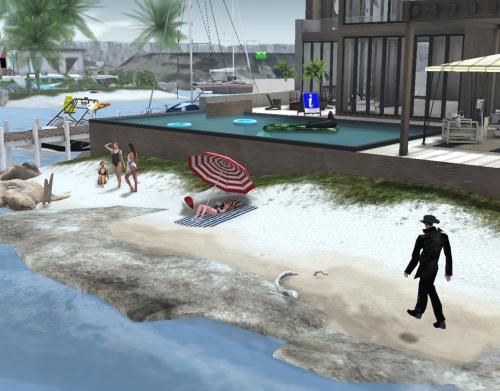 He was walking down the same beach again as before, but from the right direction instead of the wrong direction, he felt, Shelley encountered *first*, with Darla and her friends Lois and the other one in the background now. “Hi,” he said, slowing down. She moved her legs out of the sun fully under the Umbrella, staring at him. “Some decision we have coming up.” He wiped his brow of pretend sweat to seem more authentic. From somewhere inside her one piece black bathing suit she pulls out a pistol and shoots him.

Albert wakes up in the room intended for first Darla and next Shelley. He’d found her, but only in his dreams. *This* was reality.

He stares out a window between butterfly curtains he’d picked out at Macy’s toward the heart of the pretend city that they both were suppose to live in. Together. 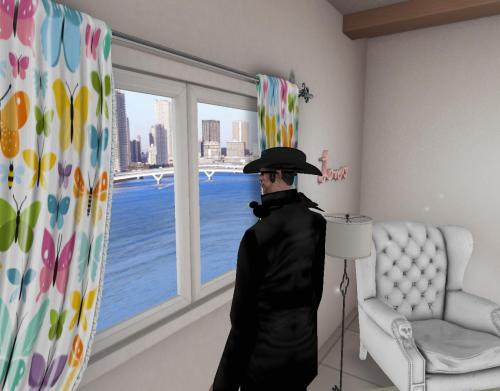 “What went wrong?” he muttered, oblivious to the truth still, and that he had reaped what he sowed. He was the prisoner now.