She received clarification in another witch house near the Head Line in Hooktip, her old stopping grounds. PCH Forest — many a day she could be found roaming these woods for magical trinkets, practicing magical spells. This is where, for example, she came up with a mate named George, a future husband she declared to him after he physically manifested before her, not quite mature but getting there. A boy 13 to 10 to 13 to 10 over and over (as it turned out), always gaining 6 inches to reach the upper extreme, always with horns or antlers by that time. On sunnier days he could even glimpse 18.

from the files: bigger George. With horns or antlers.

Anyway, the new, proper board’s planchette further indicated or emphasized the importance of the 5 point star to add to the already highlighted ending/beginning Z, obvious reference to her cat Mysti, long long left behind but still the best of friends, we assume. She even named herself that after the cat in one of her incarnations (switching the i and the y), an homage to the past in more ways than one. 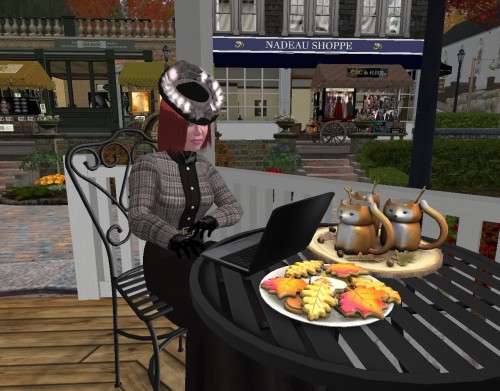 from the files: Misty.

Yes, she recalls that. Quite close to here, in a retro town defunct for several years now. Took up all or almost all of Myron, a couple of sims directly west of Hooktip. Arthur was also there in a way. Except she called him Septimius. Septimius Felton, a name which has resurface recently. Darn full moon, darn wandering feet on a full moon. She ended up beside him, which now was a her. But it was still Arthur in a way, in a manner. Too hard to explain to him, though. Must keep that a big secret still — the trip to Red Marsh and Maroonville, sometimes called Redtown because of the overarching sim. Santa was born there, some say — legend goes. Santman. 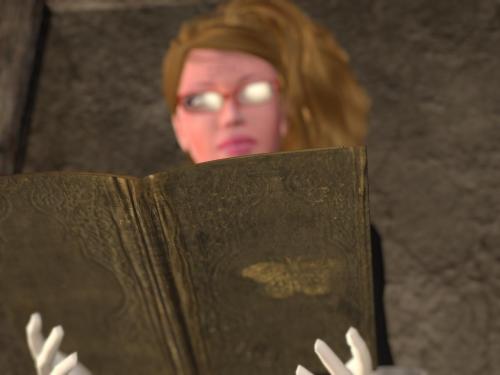 She also found a book with a golden butterfly on the front, mirroring the name of the property: Golden Hours. Inside she read about herself.