“When do you leave?”

“Day after tomorrow (pause). It was a lot of money.”

“I assumed so. Coming from Back.”

“Just a shadow figure,” Charlie Banana reinforced to his best mate Hatti, currently without one, blue hair which can sometimes be mistaken for black fully exposed. Both mate and girlfriend. But not wife. Perhaps they never will be now. “No face.”

“I know the feeling (another pause). You know Shelley and I go back a long ways. In some ways we’re closer than sisters. I understand her and she understands me. We discussed it on a beach far away from here once. Far away in time now as well. Hard to recall what we spoke of. She already knew about Liz there. And, of course, I had…” She tried to remember but couldn’t. Then she did. The eternal lover now. If he assumed a certain shape. Charlie Banana could be the same.

“Are you going to the Ant Castle first?” she began again. “Or just Mortons Gap in general?”

“All I know is that it has something to do with dogs.” His voice was pleasant, melodic even. Hers: a little more shrill but not unpleasant. They could both pose as ordinaries to others, which they weren’t. You have to be at least 108 years old to join the club they’re in, which includes the Silvers of course, the founders and owners. Brought all the way here from Neptune by the powers that be, some say. But we happen to know it’s Mars.

“Simmer down out here,” spoke Banana from the balcony, tired of the constant yelping and baying. Moon indeed. 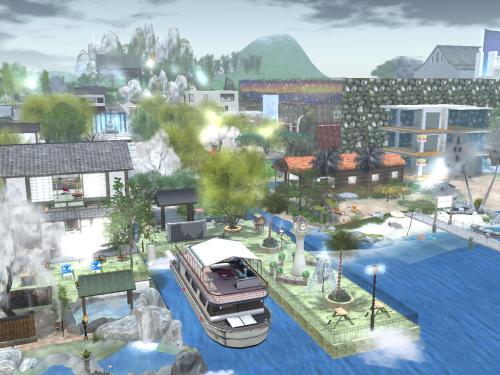 A mysterious stranger arrives from the sea to the west, ready to rock his world.

What would Roger Pine Ridge do?

Charlie Banana saw it all from his DJ booth, the setting up of the ironically named Happy Rezday decorations, the lowering of the temperature, and then the entrance of the man himself, who was only part so, the other half being… he thinks it is mink. Should have made himself into a coat before venturing in here, but I guess that’s the point anyway. Sacrifice. Vulnerable sort. Chest congestion. 108 did him in finally, a triple threat in this case, a deadly threat, then. He should have seen it coming when Amazon was purposely changed with Amagon to bring Hucka Bee into the picture, not human atall now although still a man. Bee-man. Where are we on that?

He wasn’t surprised when he was intercepted after his gig was over at 10. Money was thrown at him, a lot of cash. Replace Wolvie, the mystery figure said, back turned. As always. Just a sort of shadow figure he was.