“Sorry, I had to log out and back on there, Hucka Doobie. I couldn’t even see the picture up [on the wall] to change the texture. But I’ve decided on what to put there. Better do it while Wheeler is away.” He inserts the texture, then adjusts the picture, changing it from a vertical to horizontal crookedness. “What do you think?” 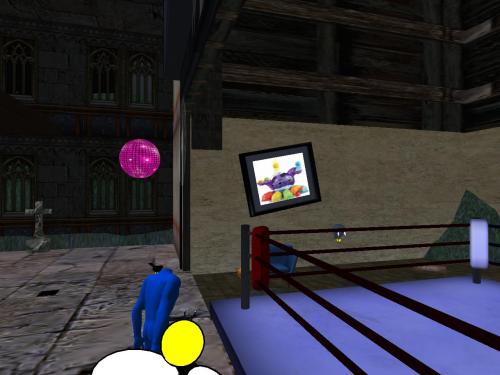 “Interesting,” responds Hucka Doobie. “Using a bit of spontaneous synchronicity, are we?” 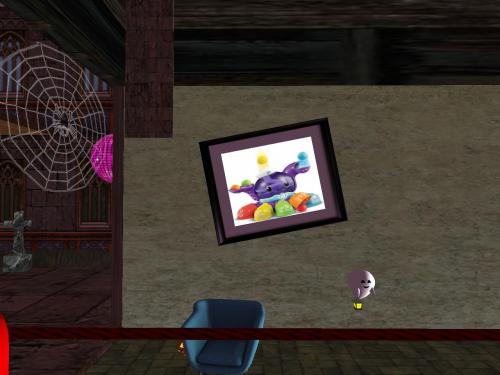 “Of course,” says the headless Baker. “Wouldn’t have it any other way.”

“Nor would I,” replies Hucka. “Remember all those good times we had in the White Palace. So much theorizing!”

“Theorizing that won’t be wasted,” Baker then adds. “Our user is going to start working on a proper front to back presentation for both the blogs.”

“Wonderful,” Hucka Doobie says. He thinks of “Octopus” and Tic Toc with swinging arms all around — the Octopus “ride”. Defeating the wheelers, he then realizes. Hmmm, maybe Baker has more up his sleeve than he’s letting on.

The album’s title came about as a result of co-producer David Gilmour mishearing a line from this song (“Well, the mad cat laughed at the man on the border…” – although the word “madcap” does figure in another of the song’s lyrics, “To a madcap galloping chase”). “Octopus” is known for being Barrett’s only single as a solo artist. It was released on 14 November 1969, two months before the release of The Madcap Laughs.[9] In France, the single gained a picture sleeve, which had the drawing of an octopus on it.[10]

One response to “BF Halloween Party 02”