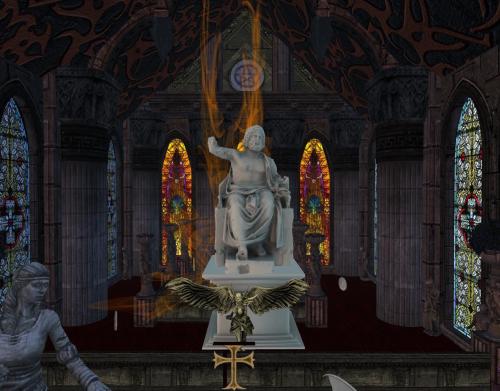 … or a force for evil, this new New Island? 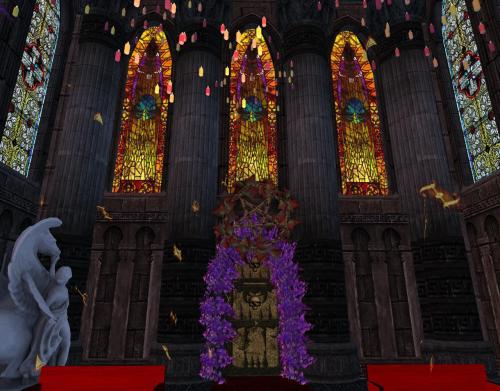 Fishers Island. Eraserhead Man might know, but he’s already done with this particular Collagesity novel, taking his strange troupe of actors along with him. Loaded onto the Isle of the Top Dog, they are; destinations: unknown.  ‘Out there’, as Captain Spocari Nemoy might say. We’ll just have to wait and see.”

Bill/Wheeler paused in her story, took a good look at Baker/Pitch sitting opposite her. 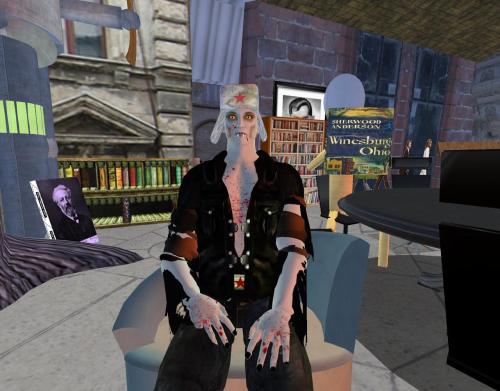 Still wearing his Russian hat (she must look up the name of that thing). Still fretting over when Mary gets home, what she’d like to eat on any given night, what wine to buy her, will her several different changes of clothing with different fabrics have to be washed separately or can it be done altogether. Small problems, nothing that can’t be solved with a little more experience and know-how. Yes, he is knitted together with his woman. And as such, he can never really go back to being plain ol’ Baker Bloch any longer. That’s the takeaway about *him* from this novel she’s receiving.

But herself? It’s a more complicated story, involving Philip Strevor, Marion Harding, True Opp (Tropp — *not* Troop). Maybe we can revisit the third one for more answers. Last we checked, he’s still up in New Eden, hanging around with Madam Mexico and Mr. Peanuts.

“But what did Ruby see there?” Pitch then asked (yes, she’s just going to think of him as Pitch from now on). “What is the ending to her Democratic Empire story?”

“Nothing,” answered Bill confidently. “There was no one in the lab. Just a stack of cheese in its center. And… a moth.”

She hesitated slightly, then: “Wait! There *was* someone there. Is!”

One response to “fluid”