He didn’t know where he was. The approaching, grey ghost didn’t help. “You killed me Arthur Kill,” she moaned. Oh — *her*, he thought while watching the spectre waver back and forth, then retreat again. The *freshest* one. This sometimes happens. He must be dreaming…

Big Black Smoke couldn’t resist. The door was open with no one home currently — he’d checked all the windows.  The bed beckoned; he’d deal with the consequences later. That’s how the man known *locally* as Big Black Smoke met his end at the terminus of a Dead End Street in Urqhart. Or right next to it.

Hmmm, pondered Arthur Kill, readying for another. A black man like me. Oh well. Duty calls. He enters. 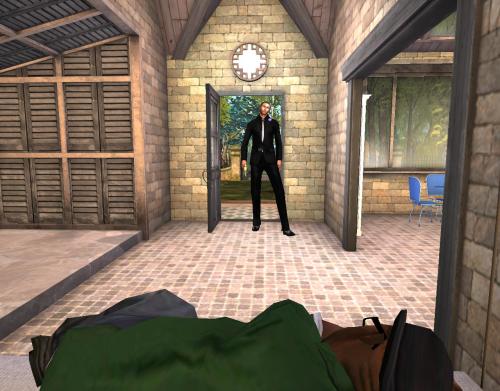 Later, while staring at the rotating tire outside that Arthur Kill buried Big Black Smoke under, a tiny rap at the door. It was Cathy Love Peace Hippie Child, longing for another bed down with new lust and wannabe novelist Barry X. Vampire, who would escape all this mess and slaughter as fate deemed it. Onward and upward into new peaks to the west, he wisely decided earlier that day.

Dawn was breaking in Arthur Kill’s dream, driving the ghosts away. But he was in the middle of novel 19, with no story there yet possible. Since this is sort of toward the middle of 18. Or a little beyond. Urqhart.

“That was a short one, Hucka Doobie,” spoke Baker Bloch while staring down at the freshly inserted pin on the Big Map.

“Not over yet,” advised the wise bee-ing just out of sight to the west and/or south.