After resolving the triangle they all flew over in the U.S.S. Cuthand to observe and inspect the Mansfield Mansion of Port Mansfield. “Elephants here too,” Pickard pointed out after landing. 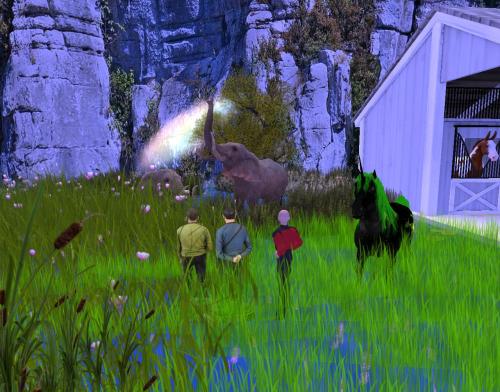 “Rainbow… pot of gold. That be what you’re looking for maties.” He laughed, then, at his feigned accent. Shakespearean actors, seethed the Cpt., painting the kettle black. Speck remained neutral and calm and collected on the subject. “And where, dear Cpt. (he looks right toward Pickard instead of the Cpt. here), are the ants?”

Pickard put his hand to his ear, dramatically again. “Listen,” he hissed. “Listen to the drums.”

Speck and the Cpt. then heard them, fading in louder and louder. Deafening if close. The music from Thumper’s Bar, high high above them. High as a kite.

Now at the top, they both stare at the spectacle, wondering how he did this. Occultism!

“Listen!!” he roared over the blasts, hand still to ear.

“You’re just going to have to admit it, Speck. This *doesn’t* depend on logic. Synchronicity instead.”

“Now get the meter stick out and let’s measure the distance between these two tables. If it’s the same as over in [Denshore] then I’ll sh-t my pants…”

“… but not be surprised,” finishes Speck. “That is logical.” Speck imagines seeing the face of God, like he did in that first movie. Beauty. So much beauty. He’s lucky to ever get his mind back after that. 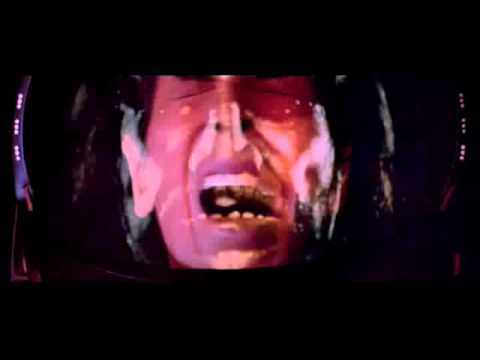 “Hold it right there gentleman!”

“Hold on, hold on, Speck,” the Cpt. says, putting his hand out. “I’ll handle this.” He moves forward toward the new figure. “Luke Pickard, this is *our* planet, our Corsican continent. Get your own elephant continent to explore and conquer!”

Pickard glances right toward the red eyed elephant, proclaiming: “Eleph? Eleph’s a mere prop. What you’re looking for is a *real* elephant, one with Ants crawling from his trunk.”

“Explain,” the Cpt. quickly returned. Pickard moves forward to join them as in a triangle. “Let me take over and I’ll show you.” He edges closer to Speck than the Cpt. Everyone understands the game now.

The Cpt. draws his phaser and rushes over to Speck. “Never!”