Axis can’t decide. To keep this office with all his energy lines embedded in it already… 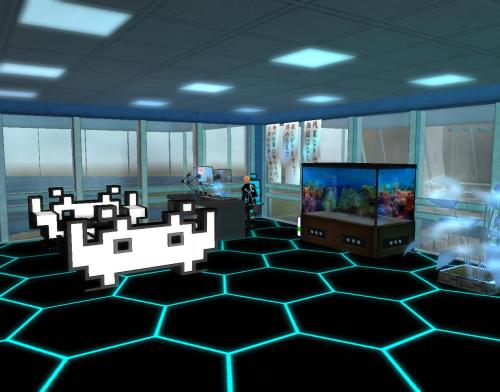 … or to shift over to Morgan’s *old* office, even though no one yet knows it’s old. New(s) of his death has yet to spread locally. The virus is clogging the newsfeeds. “14 dead in Fearzum, 14 dead in Fearzum!” they cry, causing panic in the market. No, Freechild’s demise can’t break through that impenetrable Wall of Fear. But he’s behind that too, being from Fear*zom* and all (always gets a laugh). He created both. Might as well call him Mr. Pennsylvania.

But he has a meeting to attend. Over at Freechild’s place. Can test it out today himself for a while. See how he likes. 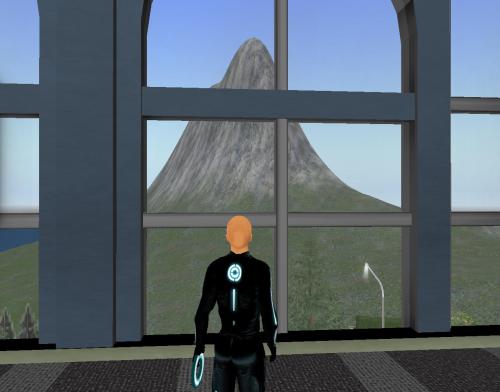 Yes, Axis thinks to himself while staring out at the Ashenlave summit we’ve seen once before in this here photo-novel, or at least the western part. No sea, but instead this peak looming before me, reminding me of where I came from. Granite far far above green. He looks stonily in the direction of Sandman and Ant-Man on the other side of the spacious, line free office. 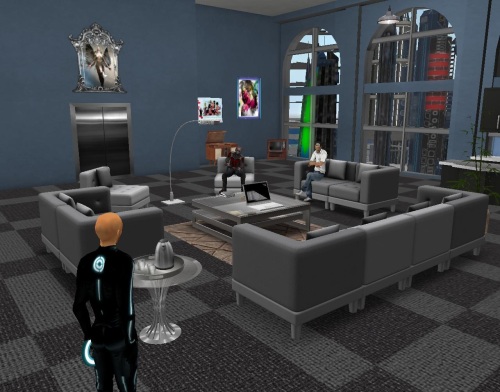 “Gentlemen!” he cries in as Morgan Freechild a voice as he can muster, administrative skills peaking at a high. “We must get down to the *merger*.” Ant-Man, formerly just Ant and just The Man but now something quite else, stares over at Sandman, who was always a man as well as Sand — no morphing there. 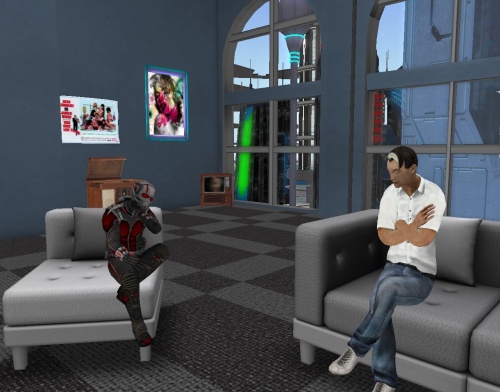 Ant-Man, edging closer, knew this: that Sandman was afraid of the first change, which he’d already gone through. “No no!” wailed The Man after Ant approached him and then swallowed him whole, *becoming* him. Hucka Doobie didn’t tell him this drastic trick but Ant, after all, had a stupid internet feed and could look up how to soul merge on his own, duh. Quicky style.

He ate. He swallowed.