She often walked to soothe her shattered nerves. Early on, she found this apartment building in Blessham just west of Port Mansfield. But why the name Port Mansfield for a sim not called that (but close)? It was a mystery for another day. Back to the building: it rang a bell, struck a note. She remembered something about — thumping. She was a Thumper! she recalled. Beating out sweet beats with her beater. Five was there too. Or Fire. And she was *on* fire! Hmmm. She sometimes wondered, not as often as she walked but occasionally still, whether, well, better not ruminate on that for now. That was the Big Reveal after all! 1/2 the time she knew she was destined to be a widow. Then the other half…

Better check out this apartment building in more detail. Put all those crazy, batty thoughts behind her for now.

She could live here after it was all over, she contemplated while sprawled out on a white couch within after finding a black one unsatisfactory.

But then she found the red all over part of it at the top and began to remember *everything*. I am Five, she realized once more. I am Five!

She soon would walk back home to the Mansfield Mansion in Port Mansfield and conveniently forget it all over again. 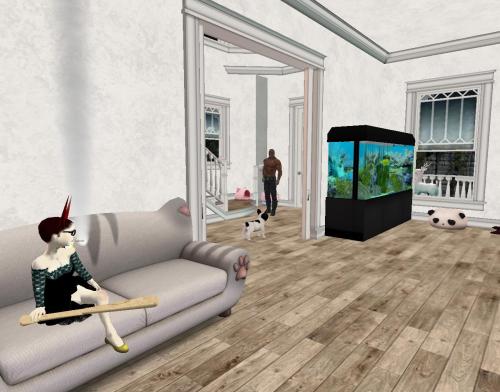 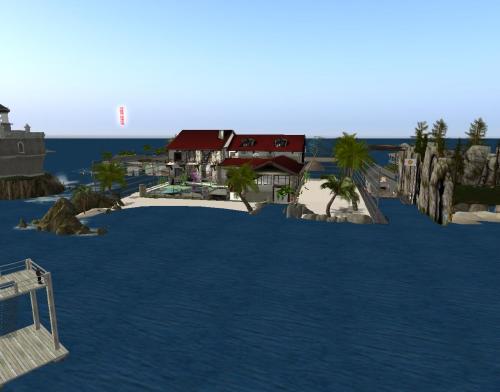 Firefive could barely not see the little central Danshire island that started it all. He decides to eliminate volume to check.

“Aah. *There* you are you little bastard. No Small Kowloon Shack perched on your noggin neither here nor there. Good!” Firefive, commonly referred to as either Fire or Five amongst friends — 1/2 and 1/2 — then turned the other way atop the Debelox water tower in the middle of Mouth of Ralph to gaze south instead. Could he see *it* as well. The Mansfield Mansion in Port Mansfield? 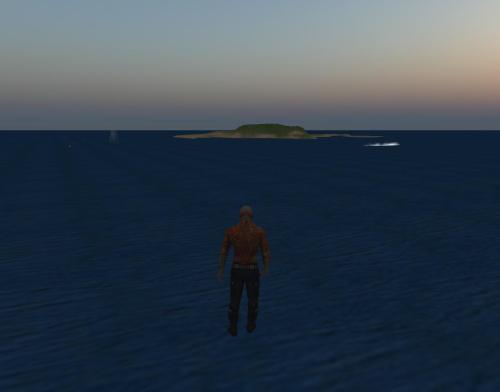 “Aah. *There* you are you little bastard,” he repeated when zooming in and volume returned. *My* bastard. Getting dark — better head back home for now. 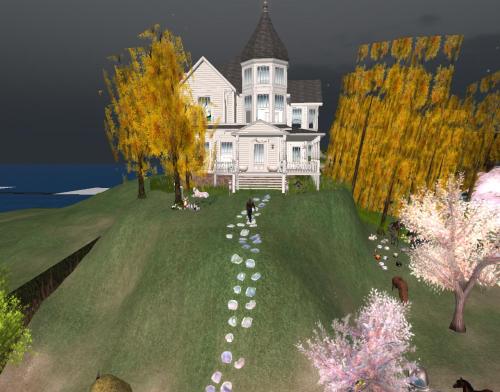 Jack Snow the French bulldog barked at him after he opened the door. Jack Snow never remembered who he was, although he’d lived here for years. Batty Casey waited in the living room, ready this night to make the Big Reveal to her sometimes lover, sometimes enemy, 1/2 and 1/2 again. She was hoping this would tip the scales one way or another. “Friend or foe?” she wanted to call back but bit her firey tongue with joint firmly in cheek. She moved it with her tongue more toward the middle again and took another deep draw. She then decided this wouldn’t be the night. They would watch reruns of “I Love Lucifer” on the tellie instead. Fred Merth — so funny.

Fire or Five would become a widower soon enough at the end of 5. The first male widow of the bunch, growing weekly almost. 6 may bring a return to normalcy. But: doubtful.

“Come on in, dearest. Our show’s about to start.”

She perches behind, oh so tempted to clobber him right here and now with her deadly bat just to get it over with. Then the heart accompanied by big band music appears, tipping her in the wrong direction again.