Peter/Tronaxis checked the next morning. The Esso poster downstairs *had* changed again, this time to Oesso (from Osseo). But the Tiger remains. Him, according to Wheeler. He was both embarrassed and pleased with the title. He still regrets being Dr. Young Kane over in the Weird-o Islands instead of Dr. Young Harris. Weir did he go wrong? What path could he have chosen differently? Venus knows, but she won’t tell him. She’s always shutting her mouth when it comes up with that zipper gesture she found online. So he remains Mars — Marz. Trapped here in essence, in this Purple Marz house located in a sim dominated or defined by that weird-o color (like surrealism). Maybe Blue Berry Girl would know, having successfully removed violet from her own wardrobe, this so called weighty Purple Sphere that poor little Katy Kidd/Kate McCoy always talks about releasing as well in a more mental capacity. A mentor to her this Blue Berry Girl is, despite the continued nudity. Popeye-like, she declares, “I am what I am.” Bulging eyed youths obviously foam at the mouth with the gunn sight. If only Bullfrog would have had the courage to shoot her with his own, different gun when he had the chance back in novel 14, he thinks, taking the mindset of the current doctor. “I better get over there,” he utters while checking his oh so loudly ticking wristful of watch, also with bat wings. He stops looking at it just in time to avoid another catastrophe. Too early in the morning for BOOM.

“Your — sphere is back,” spoke Axis/Peter Oesso, stating the obvious.

Then the ghost of Dr. Baumbeer showed up and things got *really* interesting. He had a lot to say. 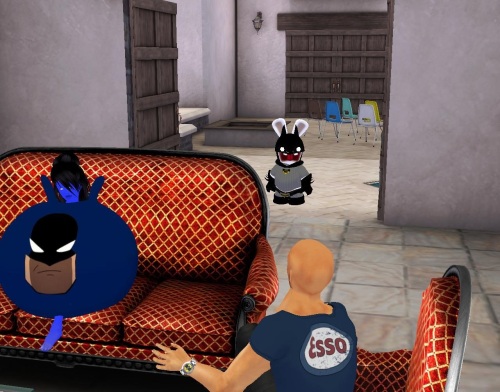