“You shouldn’t be digging too deep in these hills, Marty. There’s Indian relics that you don’t want to be uncovering.” He indicates the heavily bulldozed, grassy green knoll behind the famous singer/composer. 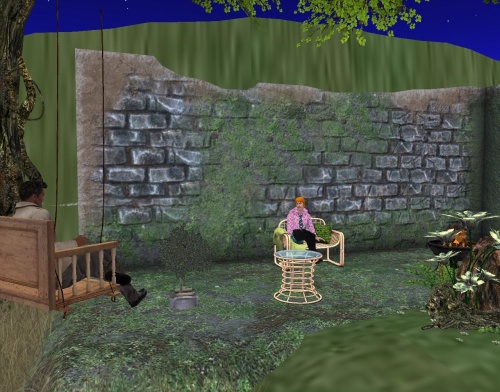 “Cursed, yeah. I know all about that.”

“The fame,” guessed Barry X. Vampire from his swing, smoking a Marlboro tonight for a particular reason. Marlborough.

“Star,” Marty furthered. “Like Marsha ‘Pink’ Krakow wanted to be. I sent Arthur Kill over to Storybrook to kill all that. But then I had a change of heart. Let her be a star if she chooses. It’s her life to live. I will be hidden darkly in the Beech Grove if she needs me, like New Orleans. I still have a key.”

“To *failure*,” Marty corrected. “Obscurity. It’s what Vain people like us fear the most. To die in Vain when we could have died in Washington D.C.”

“Capitol *Records* idea,” and then in Marty’s newish Urqhart garden they played his first non-Capitol hit “Coming Up,” knowing it would inspire Lemon to come back to music one last time. Despite the immense weight of fame and also Yoko Ona. Who we should probably talk to next; get her side of the story.