By 9 o’clock she had him sweeping the floor while she kept reading recipes, trying to decide. One thing she knew, butter would be involved — not glisteny enough now. She floated some toward her from the table.

Peter Cotton wasn’t surprised, because of the hat and all. And he’d heard rumors in the village about witchcraft up on the hill. So when Hatti propositioned him in the streets of VHC City after his shift at the mill he thought he’d give it a try — something new. His current girlfriend Frieda Friendly wasn’t hacking it for him in the bedroom right now. He desired something a bit more, um, magical? Maybe. Different anyway. He didn’t know, he wasn’t sure. All he knew was that he wanted change, and change he would get. If he wasn’t killed first by the dinner.

Peter Cotton was best friends with Tommy Tailgate, who also got propositioned in this merry month of May (or August (or October)). He was also on a date. “Excuse me while I go powder my knees,” said Shelley Struthers later on at her Top o’ the Hill Hooktip apartment containing that ultra mysterious and perhaps ultra powerful triple number of the sim: 135, 135, 135, highest on Heterocera’s Diagonal as a whole, with an old name of Head. There was no Heart now, so the additional description of Head wasn’t needed no longer. There was only one. Art’s place along with the proximate heart is gone. Abandoned land. “You just sit there on the ottoman,” she requested, knowing it would eventually work its magic if he stayed still long enough. 135, 136, 135. Very close. Close enough, as indicated.

Shelley stared into the bedroom mirror and it mysteriously cracked. Didn’t seem like a good omen. Maybe she should have a rethink about her vanity, she rationalized. Go tell Tommy to move from the ottoman to the couch. A calmer, cooler date to begin, yes. And go out to eat as well. 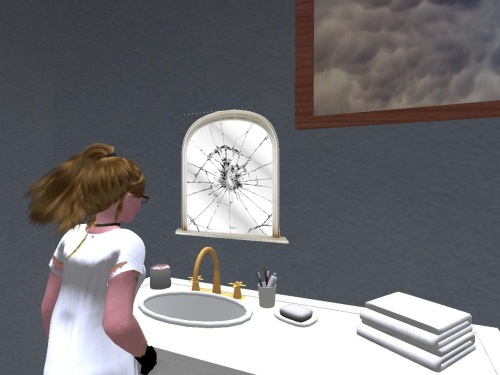