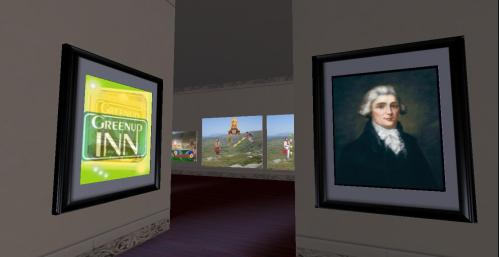 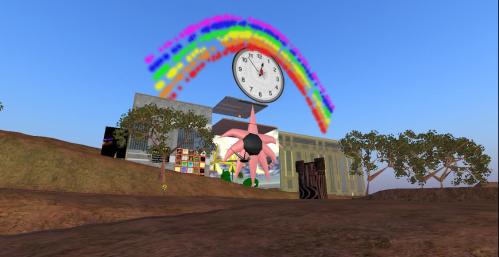 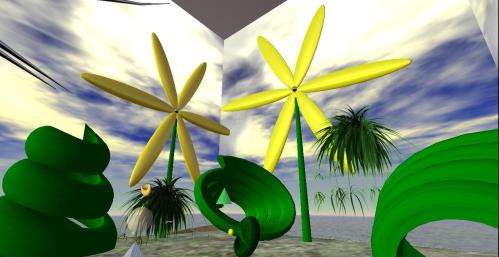 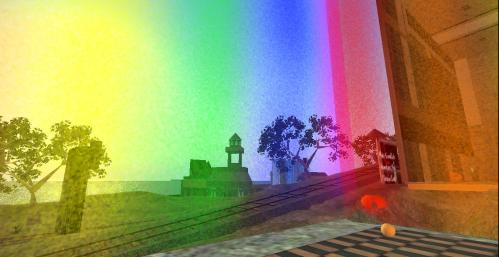 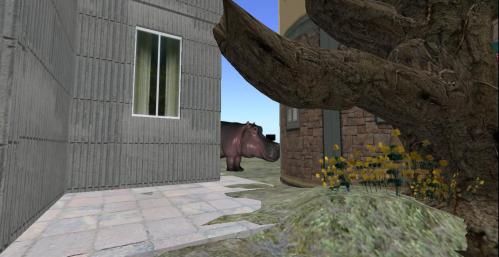 I’ve noticed Enola Vaher’s “Finely Torn Id” Gallery in VHC Town is frequently advertised on Sasun Steinbeck art kiosks in the last year or two, specifically a signature art work within her gallery depicting a female figure, her mouth sewn shut with a string or thread she also holds in both extended hands. It reminds me of a long piece of dental floss, positioned in this manner. Knowing that Vaher’s gallery lies next to and is directly identifiable with The Diagonal, I found myself wondering if this string/thread, this line — held diagonally across the picture after all — could be psychically associated with this much larger virtual line extending across the Heterocera continent, another microcosm of that macrocosm as we have now in the Church of the Diagonal.

As Baker Bloch is checking now by visiting the “Finely Torn Id” gallery in person, the work is called “Don’t speak”. I’m inserting a detail of the picture below he just took, or I just took through him. 🙂 Notice the stitching through the mouth takes the form of a row of diagonal diamonds (5 in all), just like the sims of The Diagonal would make the same (14 in that case). I may return to this thought after further study.*

As you can also see from the first picture above, my kiosk in Southside’s Power Tower Gowlery was depicting this very picture the night I decided to check out the sewing in it more closely. While there, Baker also took — or, once again, me through Baker — a picture of the long row of second story “windows” shared between the Power Tower Gowlery and neighboring Gallery Jack, more indication of the interdependence of the two. One could say the two speak to each other, and that this is a sort of symbolic “mouth” in itself (!) 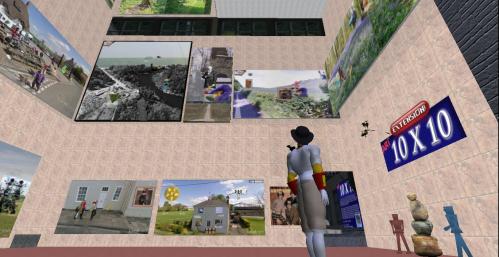 Baker sits on the bridge across the stream just outside the Power Tower, pondering the meaning of its source at the northeast corner of Gallery Jack now. The stream seems to be another way to connect my two Southside galleries. This unnamed stream, in fact, is about the only thing in Southside now *besides* the galleries, since they occupy so much space there. 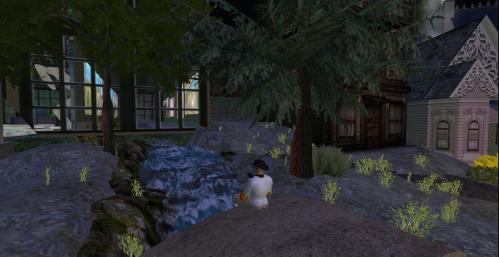 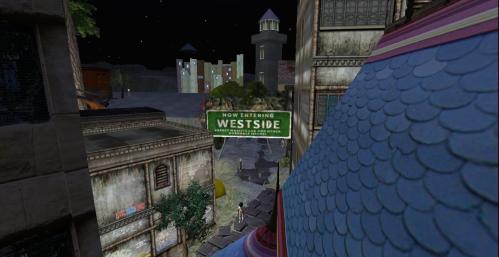 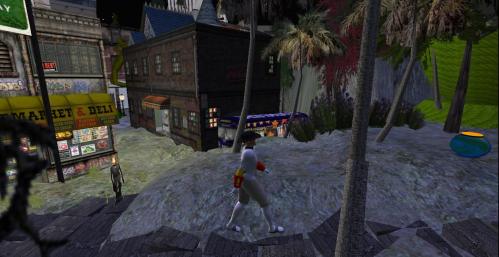 * Appropriate, perhaps, that the picture next to “Don’t speak” in Finely Torn Id is called “Food for Thought”, and these 2 art works appear in the back center of the gallery, as we can tell by peering into the front door and judge by the skull pictured on the floor. “Food for Thought” also contains a skull, and the man in the picture (partner to the woman beside him?) is eating “thoughts” out of it.