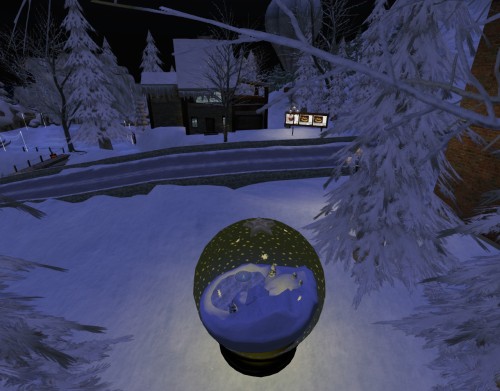 A confused, naked Santa walks into a bar in Hogadon, telling the bartender a joke beginning, “What’s white and doesn’t swim?” He then does something totally inappropriate which bars him from the property altogether.

“Santas. All over the place. Either getting killed or driven stark raving mad. Hogadon Santy is the last example, body saved but the mind may never return. Useless for Christmas, you see.” He wraps himself tightly in his chair. “I could be next, Fairy Ruby. Sorry: Mrs. Claus.” 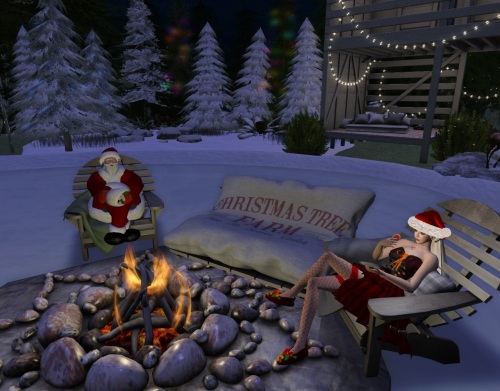 “Nah. We’re back on The Straight now. Seven never happened.” Mrs. Claus realized she was being rude. “Oh… do you want a tart? They’re cherry.” Then she remembered the appointment. Already 1 day late. Casey One Hole will be in a bad mood. Which is not a good thing. Atall.

Santa-Axis suddenly found himself alone again, pondering on his ultimate fate. Perhaps another visit to the Vilania Safe Hub next door with all its harmless madness will perk him up. Make him jolly once more.