Being reenergized without exactly knowing how, John Lockfry 02 continues down Lester’s Best’s main avenue after a right turn at the tower. He passes a cinema, but not much else — more empty stores. A solitary fig tree acts as the street’s only landscaping. He wonders how a basically deserted, sim sized town could still exist like this, but thinks back to Mystenopolis and the same quandry. Except LB is more large scale. It *must* be Lemon Lab taking back its own in some way. 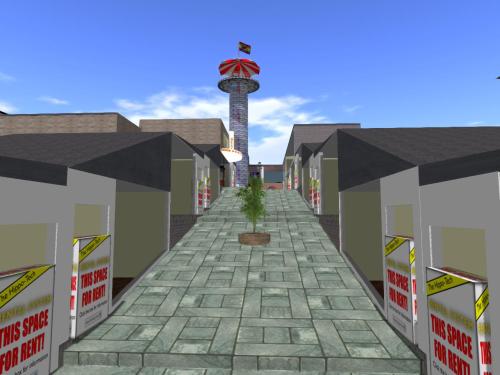 Passing between two larger rocks brings Mr. Lockfry to this interesting park tucked in the very northeast corner of the sim (and the town). He’s quite drawn to this glowing kinetic sculpture that appears to be morphing into different shapes before his eyes.

But for some reason he doesn’t follow this up quite yet and returns to snapping photos of the residential area. He’s so use to filling in memory gaps that he takes it completely in stride.

An airplane has crashed into a house on the western side of LB, but with no damage inflicted that he could tell. More virtual magic.

And then here’s a photo from the fun fair occupying the northwest corner of town. If this is actually the namesake Lester of Lester’s Best, he reminds me of Jack Skellington from director Tim Burton’s “Nightmare Before Christmas”, except with an actual pumpkin for a head instead of a skeletal substitute. So this also brings in the resonance with Oz’s Jack Pumpkinhead, don’t you think.

Finally returning to the park, the now meditating and focused Lockfry 02 finds that he only has to wave his arms and the glow recedes from the centerpiece sculpture, revealing its internal structure. He has power, yes. More than he knows for certain. 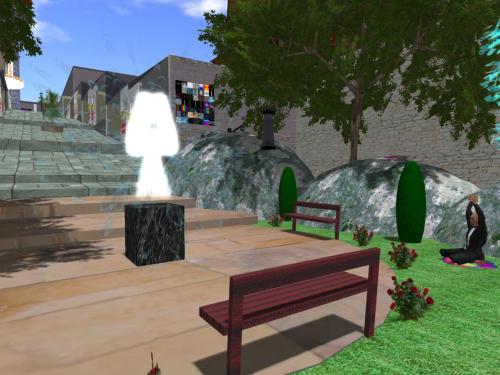 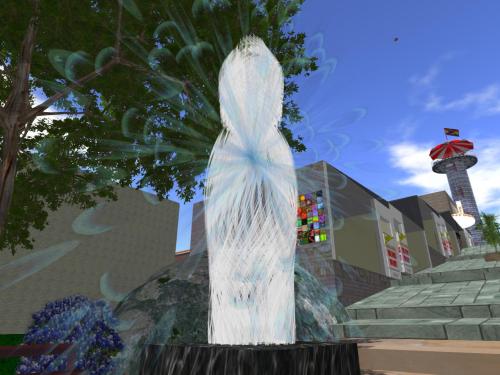 As he keeps studying and staring at the sculpture from his cushion, he disappears inside it. His eyes becomes one focused pupil looking heavenward. He instantly also sees a choice. He can either keep the eye open, totally dilated and knowing the truth, or force it back into constriction and remain within his comfortable skin. Of course he has to pick the latter, but before moving away from this sacred space he takes a snapshot to remember it by. And he receives another name. This is *Bogota*. 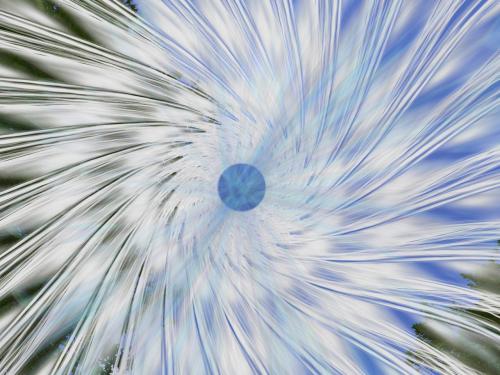