“We *dance* the celebration of life, of victory,” interpreting Audrey [delete last name] declared to lover and fellow dancer Jeffrie Phillips spinning around the same, fire centered circle.  “Urqhart has, amazingly, been *fulfilled*. The past can be revealed. Behold!”

Within the fire, a vision appeared about the valley below to Jeffrie. A sim sized lake — or pond — or *both*, filling up that central sink we’ve been mentioning lately, straddling the sims of Urqhart here, then Ensleigh to the west then Malhaven to its north and finally Yia Yuto to complete the (fire centered) circle. Indian Lake, he realized. But also Sox Pond. 1919, the year Big Black Smoke descended upon it and wrought its damage.  An important — very important — link between Virtual and Reality in this here blog. Pennsylvania (state) and Corsica Prime (continent). Corsica is an elephant.

“Will Marty be joining us?” queried Jeffrie Phillips, building up quite a sweat trying to keep pace with jumping, jiggling Audrey.

Marty joined them. “I’m happy too!” he proclaimed, starting to dance up a storm with the others. Employee Arthur Kill then appeared behind him, just glaring around. Get this love peace crazy shit out of here, he wanted to say, but bit his tongue because of a paycheck coming up. A big one. Big Black Smoke one. 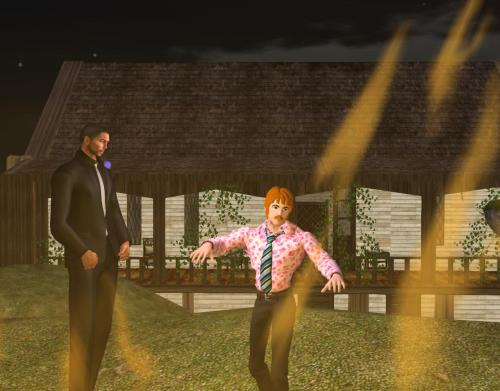 They danced until the sun came up and then a little more. 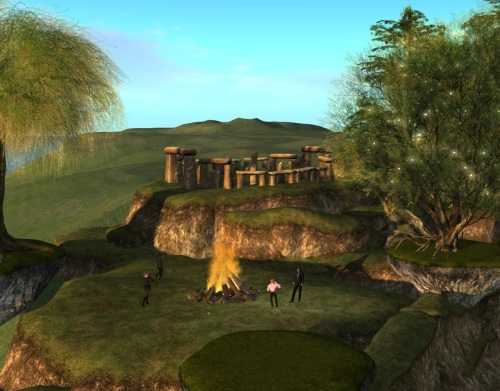