Nancy leads Rocky around the transmogrified village, showing him various things that are different now.

This includes the Defiance Cemetery across the tracks, still tiny but with several additional graves and revamped tombstones to fit the future times, along with some artificial ground mist.

“Razielians we are now,” Nancy explains. She points to each grave in turn. “Still Richard, Danny, Linda at the top, but those little ones — our children. Star and Par, named after the two sims of the town. Young they were at death.” She stops here, being still unable to weep at the sight despite many years passing.

“Where is your grave?” Rocky asks, looking around.

“I am not buried with Danny according to the laws of our new religion. Advantages it has from the standpoint of appealing to the mechanoids, which began to outnumber us regular flesh and blood citizens starting in 2049. Or was it 2059? Anyway, that’s the main reason for the switch. Robots. Tronesisia became a high priestess herself. A popess or female pope, some claimed, although I processed all the paperwork of town, being the city clerk, and never saw an official decree to that regard. I would know.”

“What happened to Danny?”

Nancy sighed. “He never became a vampire and remained in his grave, looking for pipes and other plumbing to fix in the great beyond. I died a lonely spinster at the age of 72. But I am young again now in appearance. Don’t I look super for 72 years plus 1?”

“I was pregnant at the time of his death.” She stops again.

“Look,” says Rocky, pointing toward town. “Someone is over there.” 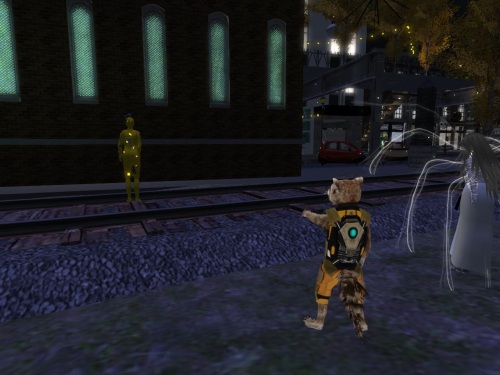 But nothing is there except the side of the Razielian synagogue. *Can* he see her? It hasn’t happened in 50 or so years but maybe… maybe…