Somehow I always end up in the right place, often smart George A. thinks from his stool chair while staring at a gigantic, leaning tower of vegetarian hamburger he is debating whether to eat. Probably not — he’s not that high tonight. Yet. The red, yellow and red and yellow burger kings or princes or whatever dance synchronized to his side. He dare not look at them again else they go all wrong once more and start prancing on each others foot. Feet. So large. Where’s his joint, he he.

He starts to eat. 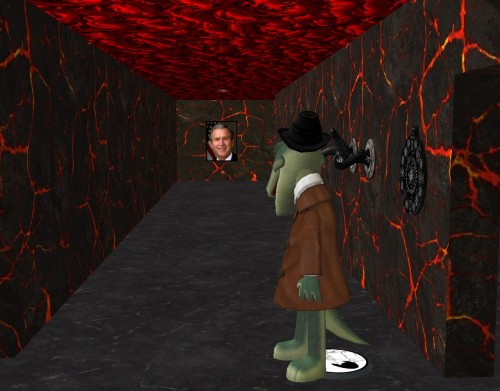 “And where the hell did the clown go? Over there?”

“Okay, there’s the Lord,” Crocogator continues, “safe” on the other side now. “But I can’t concentrate on him because of all these *slapping tentacles*. This is not Heaven. It’s Hell!”

“And where’s that horrible, gut wrenching ‘music’ coming from?”

“Certainly not from over *there*.”

“How long to keep him in the cat place, sire?”

“Oh, a couple hollers more should do it.” 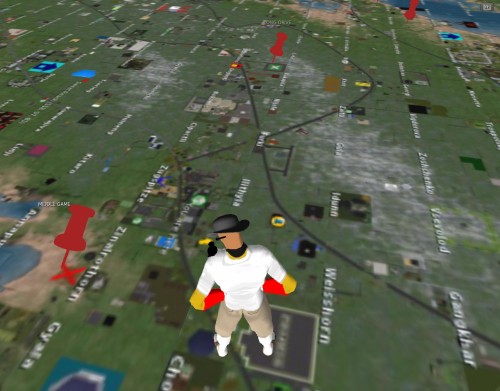 “I pray that I’ve done good by you my Lord.”

“Okay, yes sir,” Crocogator speaks to the booming voice in the sky, his King. He rises.

Sacrificee Renaldo O’Donnell stands up from the sacrificial altar, heart beating again within him. He has a new one.

“I will take you to the King now.” 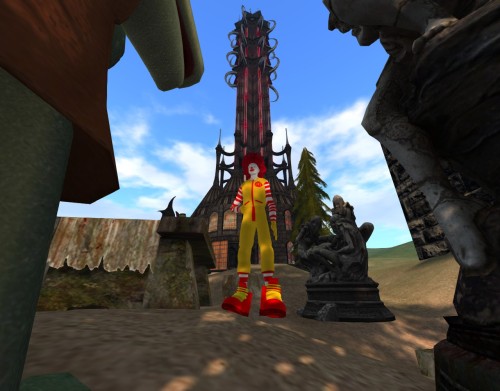 “Not those two silly beings. The real one. Over here.” 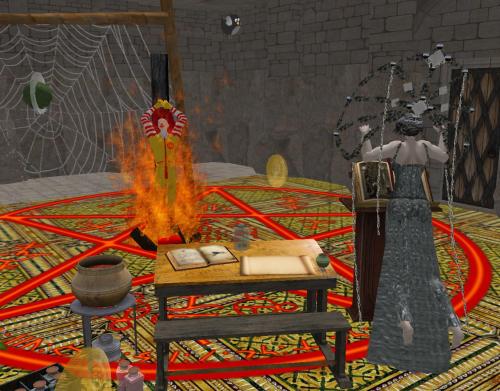 “You know that wasn’t really Lisa the Vegetarian Smipson you burned alive at the stake back there. Just someone else — yellow.” 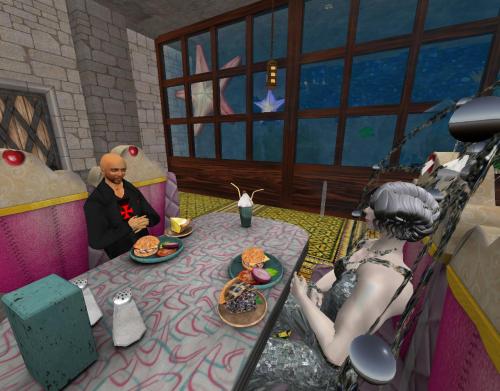 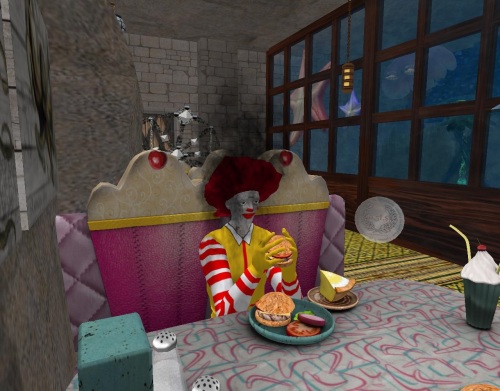 “The things I do for mere burgers, pheh.” 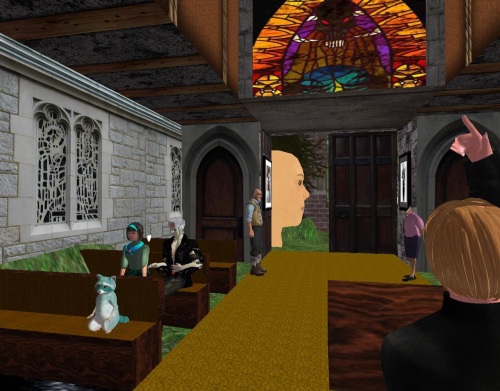 “You see, it’s so peaceful in here compared to your church.”

“My *former* church. I’m with you all the way, Pitch darling,” Mary whispered back to her vampire husband. “Martha Lamb’s just gone plain *loco* with these urges of hers…. exposed for what she really is if you ask me.”

“Precisely. The Cult of Oo’d always admits such urges and encourages their uses. Cheese blocks them out. But cheese *is* the urges.”

“Can’t see what’s right in front of you.”

Bill, the Queen of Collagesity, finished up her rant and turned toward the victim. It was always the same ritual. 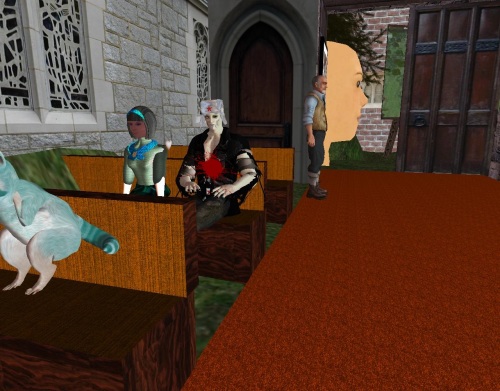 “Oops! That was really a squirter, Pitch, haha!”

But then suddenly loud talking Mary, all eyes upon them, turned red herself from embarrassment. 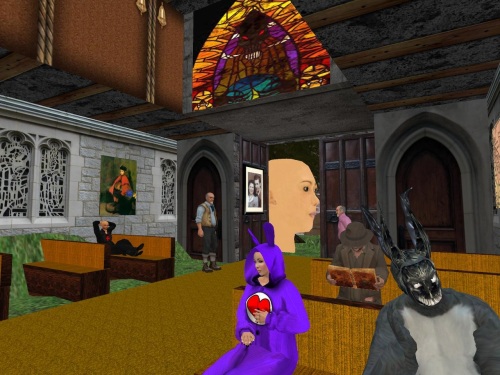 “Ooo, heartburn.” Rabbit 01 pauses for a small burp. “It’s always waiting, for us. Past and future and waiting.”

Rabbit 02 stews underneath his rabbit suit. “I’m not a good bunny. I play too much golf. I pull too many flag pins for holes in one.”

“You made that airplane engine not fall and then fall again. That was pretty good.”

“Just in that one movie. Just with that one dude. A bridge opens, a bridge closes. Coming and going.”

Rabbit 01 taps her fingers against her other hand. “Why are we here? Do you remember *this*?”

“Start of a new religion,” states Rabbit 02. “Blending of sacred and sacrificial. Should be fun.”

“Clown to be sacrificed how many times a month?”

“Which you know all about.” Rabbit 01 peers around at the congregation, sees their disinterested looks.”I don’t think it’s going to happen today.”

“Hiberian-hispanic clowns. Mind you he *deserves* to die over and over…”

“He does,” quickly agrees Rabbit 02 with Rabbit 01. He removes a dead fly from his arm fur. “It’s a way for this place to remain clean and pure. 6 pieces and the truth.”

“You talking about Heterocera? Or just Collagesity?”

“That will be up to the queen.” 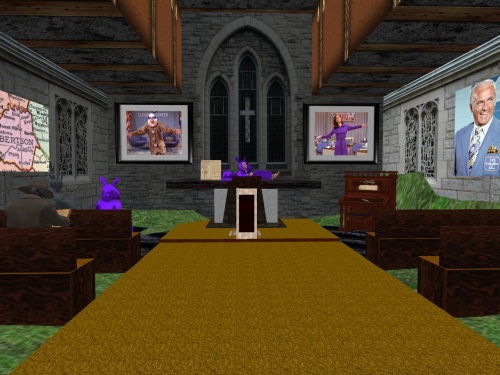 “And the sacrificee. Me as well!”

“Pipe down,” orders Rabbit 02. “People may actually hear us if we yell loud enough.”

“Happened that one time, yes. Olde Lapara Towne. They heard us from the future. It was in front of the Razielian synagogue.”

“I *know* where it happened. I was inside. Performing the sacrifice. Knife slip. Wasn’t pretty.”

“And here we are again.”

“Blink your eyes,” commands Rabbit 02, who was somewhat the older and wiser of the two. “Things should come into focus. I see the true queen. And the true sacrifice. It’s her all right. The Bill is back in town.”

“The more I look at Greenup 03, Broken Heart, the more I think it is about Spica just above the celestial equator turning into Vega and igniting brighter in the process, like, um, an ant being burned by a magnifying glass. Tonya Two Egg — the close Spica binary star — is stuck like unto a frying pan in the Horizons-Spica sim which is actually the Horizons-Vega sim, unable to remove herself from intense scrutiny. The ice fishing shack is a time and space portal. Can she reach all the way back to VHC City and heal the wound?” 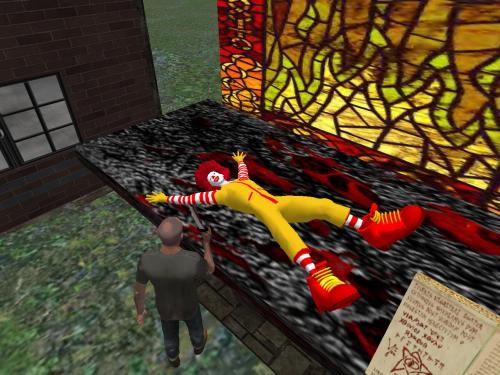 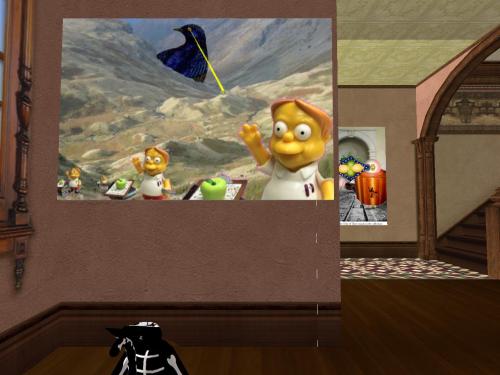 But Broken Heart is instead staring toward Greenup 02 on the opposite wall, thinking:  This is you, Jacob I. my friend, my comrade. Prince Martin. Will you be able to heal *yourself*? 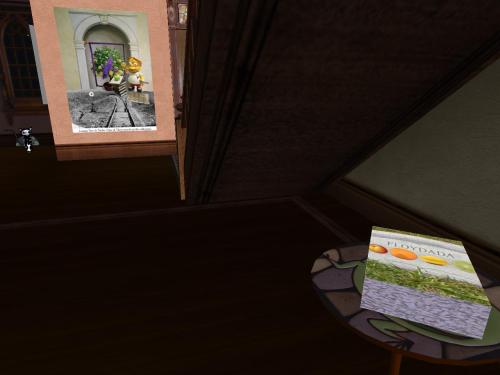 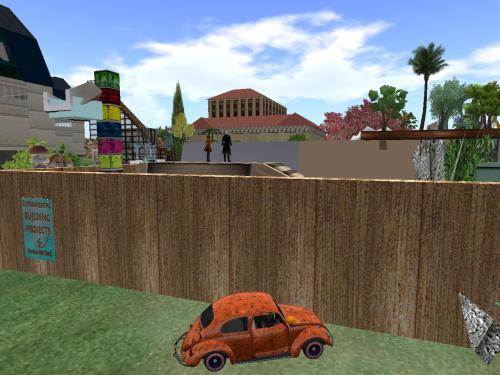 “All the dreams reaffirm the same location and the same needed action, Mary,” Pitch speaks from the viewing platform after parking the freshly stolen orange beetle at the appropriate spot down below.

… and then the giant lime on Merlin’s Mound — thank you Wheeler Wilson!”

“This is clearly ‘Floydada’, the start of ‘Pumpkintwisters’ analysis.”

“Nifty,” Mary replies while beginning to eat a peach.

to make it all work 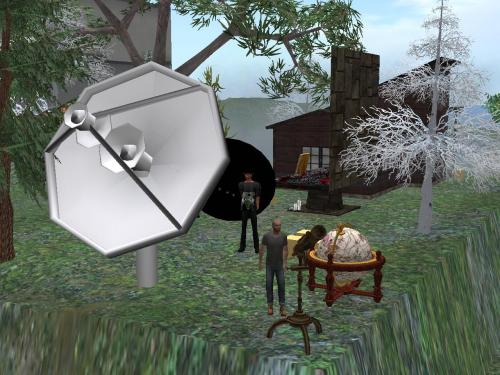 “Well this is a wonderful setup Philip.”

“Yeah. Dish pointed right to the Corsica east coast station. Linked to the computer inside. Ring research complete. Now — like you said — just to weave it all together.” 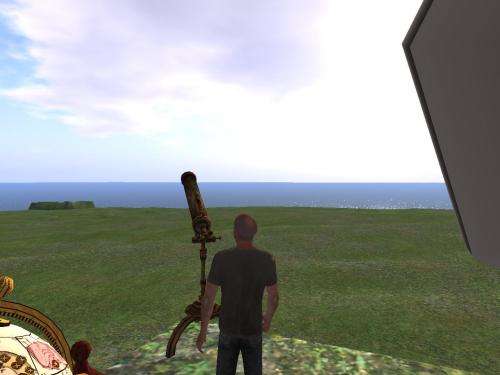 Now if I could just see Spica with this darn, loopy telescope copied from the annex, Philip thought to himself. Soon, though. If everything goes as planned.

Marion backtracked a bit on the property. “But what’s this over here? Looks like a demon, haha.”

“Hmm. What do you mean, Philip? Is this some type of joke?”

“It was just a simple sacrifice. An oo’d or something. Sometimes we have to do the sacrifices for the greater good. You told me that when we first formed the gang, Marion. We had to kill off Timmy, for instance.”

“That was a mistake,” Marion replied sharply. “He fell into a well by accident and that is that.”

“Don’t kill me sir, whoever you are! I have so much to live for!”

“Shut up clown. Make your peace with The Lord.”

“And he says he’s been doing this a long time,” interjects Buster.

“Yes,” answers the famous clown. “And I can help *you*”… he pauses and turns toward Buster. “Er, what did you say their name was again?”

A bad moon was rising over Vampire Island, telling Buster things he didn’t want to hear. He better head back to Lapara before it’s too late.

Oh no. Baker Bloch with Chroma and Earie!

It was too late? 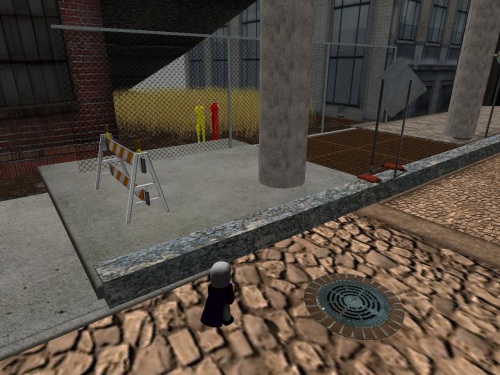 Turning away from Lapara’s yellow grass and looking across the sim line toward Astarte’s new and colorful bouncy castle, he knew there was only one thing to do in this situation.

While playing again, Buster accidentally finds his answer with a clear view into Clownski’s upper floor.