Meanwhile, in a strong probable reality lying directly south of the 765 Village sim-wise: 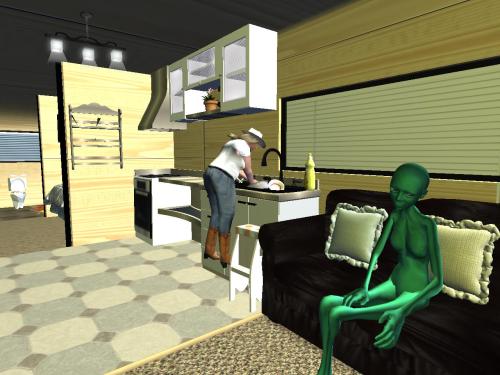 “Well, darling,” dishwashing DON’T SAY WANDA Leslie replied back, up to her wrists in suds and grease, “that depends on what the appraiser comes back with. I’m guessing, gee I don’t know, about 195.3 lindens to the inch. And since you’re a tall one…

“I know it’s not right, dearest. It’s not right that we live in such *squalor* just because Uncle Stan rode that bright idea rodeo of his right down into the *ground*.” She poked her finger with a knife she was washing and uttered a “hell” here. Ruby caught the association.

“Indeed he was, darling.” She looked over at the 8 foot tall, insect green alien, probably of a species they call the greys. Said she was looking for the fortress and she said, “hell, I got a fortress you can stay in,” and knocked her on the head. She woke up in the trailer. She’d been here ever since, although she was allowed to go outside and stare at all the strange graffiti on the high privacy walls surrounding the abode. This person was a renegade, perhaps from the law itself. She kept saying her no good son-in-law of a husband would be back any day now. A-ny day. 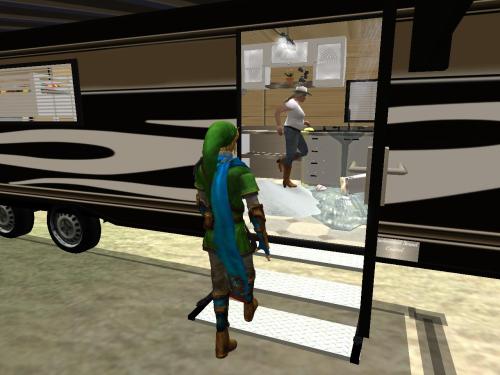 “*Lordy*, JUST in time. Quick go get the pipe wrench from the outhouse! Mind your pretty green feet you little alien!”