“I mean it’s silly,” Karl says. “How can Starbuccarina and Space Ghost get married? He’s old as the hills; she’s young and also *not* really alive. She died, along with Rhoda. 3-n-1. Remember the plane crash?”

“I remember the plane clash, when 2 flattie realities started interfering with each other.” Baker shuffles some papers on his lap. “Was that your line, Karl? I’m lost again.”

“LOST, that was it. The show that began with a plane clash.”

“Snow?” Curled Paper then asks out of the blue. “Did you say snow? Snow Crash? I know that book.” 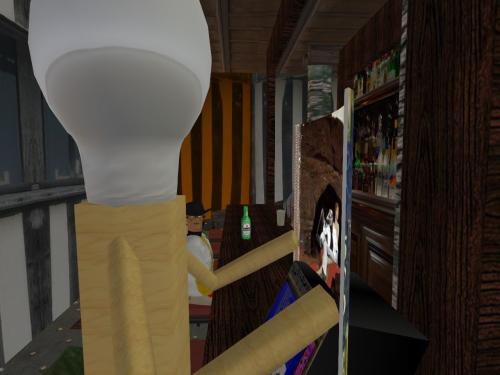 “It was like Fleep said. Just virgin Linden forest for, really, miles and miles. Chilbo chopped a path through the wilderness. All the way to Norum. And when they got to Norum they discovered the reality before *their* reality. Queen Sapphire and all. And Karoz. Karoz is starting to remember how it was, then. [At last] he’s becoming [rebellious] Aqua Teen beyond Sapphire’s precious Aquamarine. Put him on top of that green, green hill. Start him there. Or her. Remember how it *was*.” 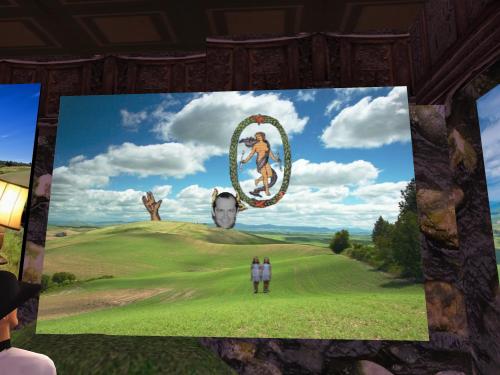